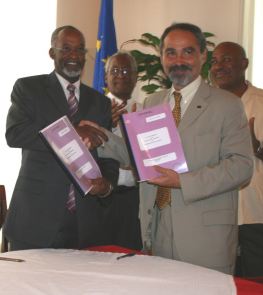 Roseau, Dominica – December 13, 2007……… The Government’s Programme for economic growth and private sector development received a significant boost with the signing of the financing agreement between the Government of Dominica and the European Commission last week.

The assistance will be provided as direct non-targeted budget support and disbursed in three tranches with the first being $15.7 million and the other two EC$10.3 million each.

Some funding will go towards reforming the regulatory framework for the energy sector which includes the liberalisation of the electricity production and distribution and establishment of a regulatory commission to provide oversight for the electricity sector. The project will support Government’s efforts to improve the country’s investment climate so as to foster private sector-led growth, notably by the further development of a national investment strategy.

In his remarks at the signing ceremony, Hon. Ambrose George, speaking on behalf of Prime Minister Hon. Roosevelt Skerrit noted that Dominica is “the first country in the OECS to meet the criteria of the European Commission for direct budget support”.

Hon. George, himself a former Minister for Finance said the fact that Dominica now qualifies for budget support has not happened by chance.

“We pay tribute to our late Prime Minister, Pierre Charles whose boldness and fortitude in entering into a structural adjustment programme with the IMF set us on a path of sound economic management and responsible fiscal discipline,” Hon. George stated.

In 2006 the EU determined that Dominica was eligible to receive budget support on the basis of the successful implementation of the IMF Poverty Reduction and Growth Facility(PRGF) arrangement, joint donor assessment  with the World Bank and studies carried out on the investment climate.

Hon. George also congratulated the European Commission for their decision to switch to budget support. “The Government of Dominica wishes to congratulate the European Commission for switching to budget support as the main mechanism for the delivery of aid. We think this modality allows for greater ownership locally and improves the predictability of inflows in support of the budget.”

The approach of budget support is expected to give aid recipients like Dominica more flexibility in the management of funds. To qualify for budget support from the European Union, Dominica had to satisfy certain conditions and meet specific macro-economic, public finance management and sector policy criteria.

Previously, Dominica has received $26 million ECD in budget support from the EU to embark on a Land Tenure and Administration Programme whereby a clear and transparent legal framework for land registration, ownership and tenancy will be established; the systems effecting the transfer of property rights improved; and capacity within key institutions in the administration of land strengthened. The first tranche of this programme of $12 million ECD has already been disbursed.

The European Commission continues to be Dominica’s major development partner. Currently the Commission is providing support to projects in virtually every sector of the Dominican economy valued in excess of $200 million ECD. (Ends) 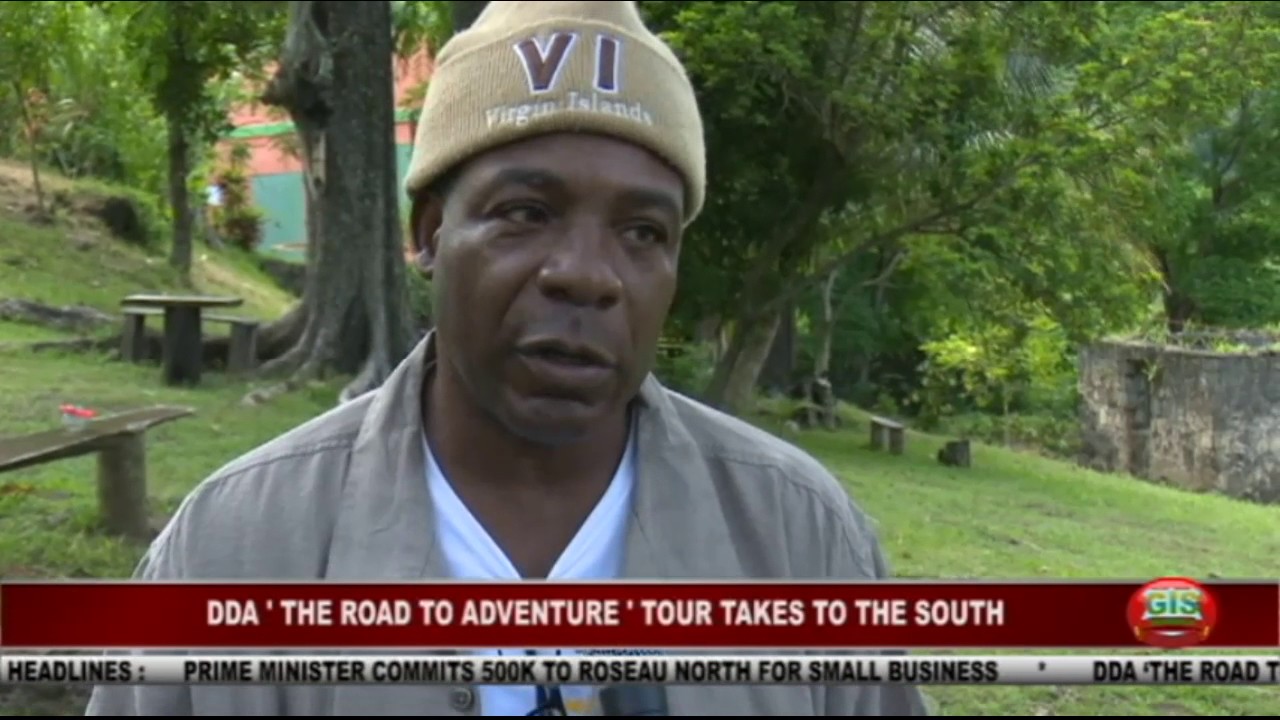 National Focus for Friday May 19th, 2017 with Kimani St. Jean. In the headlines…Honorable Prime Minister commits $500,000.00 to Roseau North Constituency for small…

People of Aleppo: The nurse