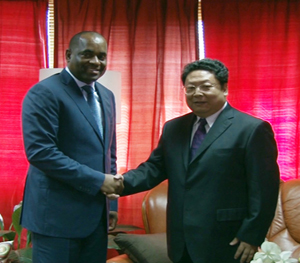 The Hon Prime Minister of Dominica, Dr. Roosevelt Skerrit, has extended the country’s condolences on the death of close to two hundred people in China as a result of recent flooding.

Over the following month, additional rainstorms exacerbated flooding affecting more of the country.

An estimated 32 million people across 26 provinces were affected and 186 people were killed. Seven hundred thousand acres of cropland were destroyed, with state damage estimates of around US $5.73 bn.

“When we have, as a country, friends like China standing with us we have to reciprocate that level of friendship and that is why this Government will always stand in solidarity with the Government and people of the People’s Republic of China on matters which affect its national interest and national security.”

The Honourable Prime Minister also used the opportunity to assure the Chinese Ambassador of Dominica’s complete support of the One China Policy.

The One China Policy refers to the view that there is only one state called China, despite the existence of two Governments that claim to be China.

“We believe that there is but one China and we have always offered our assistance to the peaceful reunification of the whole of China,” Dr. Skerrit said.

Dominica established relations with the People’s Republic of China on the 31st March 2004.

The Dominica leader declared that he is extremely satisfied with the level of friendship which exists between the two countries.

“The level of importance on which the leadership and successive leaderships of China have placed Dominica is extraordinary. This is a country which is a permanent member of the UN Security Council; a country which has a veto vote on that Council. That notwithstanding nor the fact that it’s the second largest economy in the world, the level of importance which they ascribe to a small country called Dominica is not something that you see frequently in international diplomacy. China ascribes no less importance to Dominica than any developed country in the world. We want to thank you, Ambassador, for that level of support.”

To-date, the People’s Republic of China has assisted with the construction of the Windsor Park Sports Stadium, the new State House, a new wing of the Dominica Grammar School, the Dominica State College, the Newtown Primary School, the York Valley Bridge, most recently the West Coast Road Rehabilitation Project among several others.

Be the first to comment on "Dominica Sympathizes with P.R.C. Flood Losses" 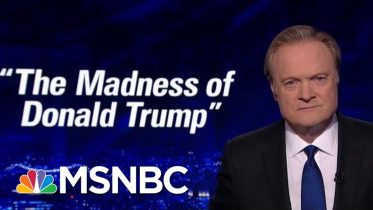 Donald Trump has worried U.S. allies with comments he's made regarding trade, manufacturing, and foreign policy and it’s hurting his campaign too. Renee Graham…

Watch Rep.Adam Schiff’s Reading Of The Articles Of Impeachment Against Trump | MSNBC