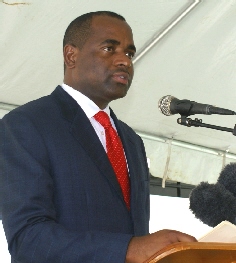 Roseau, Dominica– March 10, 2010……….There is a heightened sense of anticipation and pride  in Dominica as the country prepares to host for the very first time a major CARICOM event – the Twenty-First Inter-Sessional Meeting of the Conference of Heads of Government of the Caribbean Community(CARICOM).

Eight(8) Prime Ministers, two(2) Presidents and one(1) Premier are expected in Dominica  for the March  11thand 12th Meeting.

President of the World Bank, Mr. Robert Zoellick, Managing Director of the International Monetary Fund, Mr. Dominque Strauss Kahn and CARICOM Special Envoy to Haiti, former Jamaican Prime Minister, Mr. Percival Patterson are among the other high profile officials expected in Dominica to participate in some of the discussions at the two-day meeting.

Matters for deliberation among the Heads of Government include:

·        Present situation in Haiti in the aftermath of the devastating earthquake

·        The Global Financial and Economic Crisis and CARICOM’s response

·        Status of the CARICOM Single Market and Economy(CSME)

Other matters related to external trade, border issues, climate change, water resources and institutional developments within the Community will receive the attention of the Heads of Government.

The agenda also includes an Exchange of Views with His Excellency, Jose Miguel Insulza, Secretary-General of the Organisation of American States. There will also be discussions with officials from the International Monetary Fund, the World Bank and the Inter- American Development Bank.

A Grand Cultural Soiree under the distinguished patronage of Prime Minister, Hon. Roosevelt Skerrit will bring the curtains down on the 21st Inter-Sessional Meeting of the Conference of Heads of Government of CARICOM. The activity will take place at the State House grounds in Roseau on Friday evening. 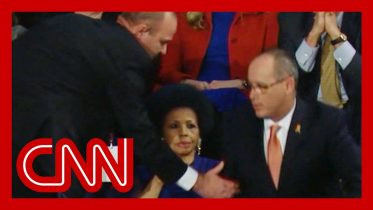 Why shooting victim’s dad was removed during Trump’s speech

Fred Guttenberg, the father of a victim in the 2018 mass school shooting in Parkland, Florida, tells CNN's Brianna Keilar about what caused the…

On Impeachment: What Now, Democrats? – The Day That Was | MSNBC