ROSEAU, Dominica, Tuesday January 8, 2013 – A radio announcer has pointed an accusing finger at the attorney for Prime Minister Roosevelt Skerrit as being the source of secret and confidential information about the head of government being aired on a local radio station in December last year.

The Integrity in Public Office (IPO) said it has already written to Police Commissioner Daniel Carbon, seeking assistance in investigating the leak, but Lennox Linton has accused Senior Counsel Anthony Astaphan of providing the information which the radio announcer said he used on his radio programme.

But Astaphan, who has called for the resignation of all, but one member of the Integrity Commission, because of perceived political bias, has dismissed the claim by Linton as “nonsense”.

“Even any police officer or investigator wants to speak to me about the matter I will speak to them on the matter and any other allegation,” he said.

Linton told listeners that he had written to the IPO on the leak, saying that his information had come from a source under condition of anonymity. But he insisted that the source was never a member of the IPO or an employee.

“Importantly the source has been able to provide me with hard evidence that the leak of the confidential information between the Integrity in Public Office Commission and Mr. Skerrit in respect to which the Integrity in Public Office Commission has asked for a police investigation … that information came from Mr. Skerrit’s lawyer, Senior Counsel, Anthony Astaphan,” he said.

“In this regard a copy of the thread of Mr. Astaphan’s exchange of email correspondence with a third party under subject under the subject, ‘Absolutely and Completely Secret and Confidential,’ under the period August 23, 2011 and August 25, 2011 is attached,” he told the IPO.

“The attached documents establish that while Astaphan and his client Roosevelt Skerrit have been trying in recent weeks to impugn the integrity of members of the Integrity Commission by accusing them of leaking confidential IPO declarations to unauthorized persons in violations of the oath of secrecy and Provision 21 of the IPO Act, it is Astaphan himself, a senior counsel, by sharing his client’s confidential disclosures to the IPO to unauthorized third parties,” Linton said in his letter.

In a statement last weekend, the IPO said that it had sought the police assistance after listening and reading the transcript of the “Between you and Me” programme of Sunday 16th December 2012 on Q95FM radio in which information relating to the declaration of a person in public life filed with the Commission i.e. Prime Minister Roosevelt Skerrit, was published by Mr. Lennox Linton on that programme”.

Late last month, Astaphan threatened to boycott a sitting of the Commission probing allegations that Prime Minister Skerrit used his position as chairman of Cabinet to approve concessions for a business concession for a business venture in which he had an interest.

Astaphan said that the allegation against Skerrit is based on a fundamentally false premise that the Prime Minister was present when the Cabinet decision was made, which is the sole allegation about the chairmanship of the Cabinet meeting”.

“We are not going to allow people with political axes to grind in the Commission to turn this into a kangaroo court or a pappy show in order to embarrass Prime Minister Roosevelt Skerrit,” Astaphan said.

In its statement, the IPO said that under Section 20 of the Integrity in Public Office Act No.6 of 2003, “the Commission is required to keep secret and confidential the declarations of the financial affairs of persons in public life filed with it and also the records of the Commission in respect of those declarations. These shall not be made public except as required in court proceedings or enquiry in respect of a declaration under the Act. Any breach, therefore, of this provision is unlawful.”

Astaphan, speaking on the state-owned DBS radio Tuesday said that the population would not be fooled by statements being made by Linton.

“Dominicans are going to have to ask themselves the question that if in fact as Mr. Linton alleges he has this information since August 2011 why is it only on the 6th of January 2013, he decided to indicate to the world that he had information which he got from me which led to him disclosing unauthorised information to the public.”

Astaphan insisted that a police investigation must be conducted to deal with the matter, adding it was important for the probe to determine who leaked the “secret and confidential” information to Linton.

“There was also the unauthorised disclosure of a meeting of the Integrity Commission which was published on Dominica News On Line on the 14th December 2012…that could only come from somebody within the Commission and that in itself tells you there is somebody on the Commission leaking information to persons who are not on the Commission.” (CMC) 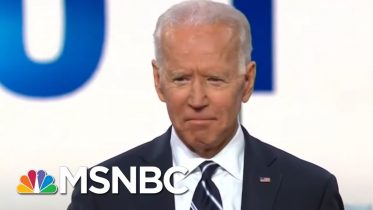 In part two of the Democratic debate, the candidates focused their fire on current frontrunner Joe Biden with his former boss, President Obama, taking…