In a 49-page ruling read out by Justice Brian Cottle, the two government ministers were cleared of any wrong doing on Election Day.

In an immediate reaction Prime Minister Skerrit said that he was “humbled by the court ruling” adding that “we always felt that we were properly and legally qualified to contest the election.”

Lawyers for the UWP leader Ron Green and Maynard Joseph have already indicated that they will appeal the ruling.

The two opposition politicians had asked the court to declare that both Skerrit and Saint Jean were illegally nominated to contest the December 2009 general election because they held dual citizenship at the time.

“We are not totally surprised but at this time we are hoping to appeal the matter. We have to sit as a legal team and discuss it and we will move from there,” said attorney Geoffery Letang.

In the ruling, the Justice Thom said that the petitioners failed to show evidence that the two men had pledged allegiance to a foreign power or state and failed to show that they were in possession of French passports.

But the judge said she would not award cost based on the national importance of the case.

Saint Jean told reporters that he was always confident of victory.

“All along we had affirmed that the opposition had failed to prove a case. Today it has demonstrated clearly that Roosevelt Skerrit, Petter Saint Jean and the people of Dominica have finally been vindicated.

“We were always confident that the opposition had failed to prove a case. We see this as a victory for the people of Dominica, this is not about Roosevelt Skerrit and this is not about Petter Saint Jean,” he added.

Several UWP members who were present when the ruling was handed down left the court building without commenting.

But Letang said that the ruling would not affect the moral of the opposition party.

“That’s a decision of the lower court and if one party is aggrieved the next step is to appeal the matter,” he said. 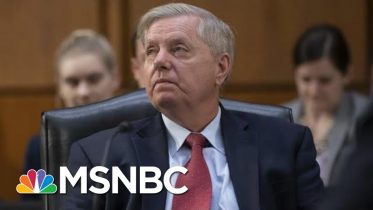 GOP Sen. Lindsey Graham sounded a lot different on the idea of having witnesses in a Senate impeachment trial two decades ago when the…

Why Trump rolls out the red carpet for Russia | Chris Cuomo