Tony, its OK to write your response and explain the take on the issue of the UWP intention to build the international airport but let us justify the building of the State House at 27 million dollars over letting me see Dominica green and ripe bananas on supermarkets shelves here in Canada. I love my green ‘fig’ and cook one or two almost everyday. I grew up eating it, it send me to school and I want to have it as long as live but here in Canada I support South America and Mexico produce (no offense to them) while with an international airport it can be made possible here in Canada. All it takes is the right marketing strategies and banana is just an example that I use here.

Do you know that I buy bay-leaf something that we have in plenty on Dominica?

Why not put that money into the areas which can bring returns? Its the similar statement that I ask before, if you want to be able to repay your loan, then the right choices must to make when you brought (Julius you are the banker, it your area).

I will say it again, and again, to start a rebuilding process these same people HAVE to come straight and say, I FOR GIVE whether they truly mean it or not and this is my personal believe.

Can it be doubted that during Julius period that our NCB the bank was not doing well? Maybe there were some areas of failures but who is perfect except the great MAN above but in general did his period do well?

If we cannot be open and frank, how the devil will Dominica move on, Shirley? This is why the old need to be still addressed – the acceptance of political negative-ties towards another whom we do not support (not our personal views) but our political colors must stop.

Tony, I have followed you for many years, (at lease you cause conversations to which touch the sole of many) but do you not think that you need to say, Fred if I openly show that I support these fellers its political points I loosing? hahaha.

Here is your first start: DID YOU Anthony W Astaphan,S.C.voted for Julius Timothy in 1995?

Be the first to comment on "Dominica Planned New State House" 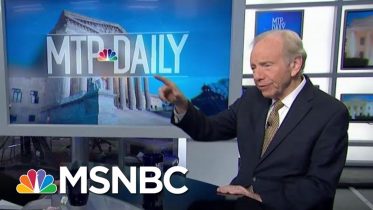 "We worked it out as colleagues," former Sen. Joe Lieberman (I-Conn.) says about President Clinton's impeachment. "I hope and pray … that the Senate…

Trump Says He Tried To Stop ‘Send Her Back!’ Chant Aimed At Omar. He Didn’t. | The 11th Hour | MSNBC