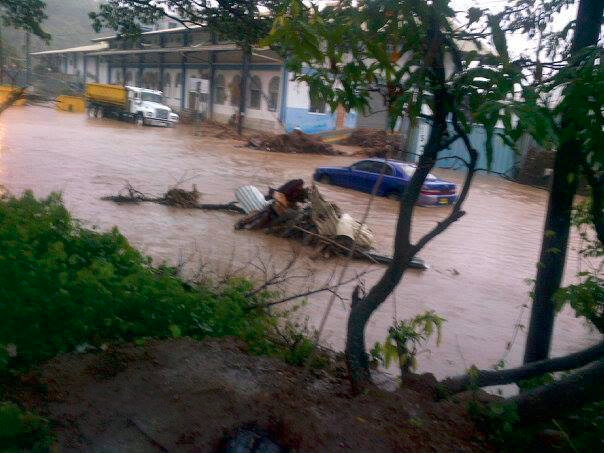 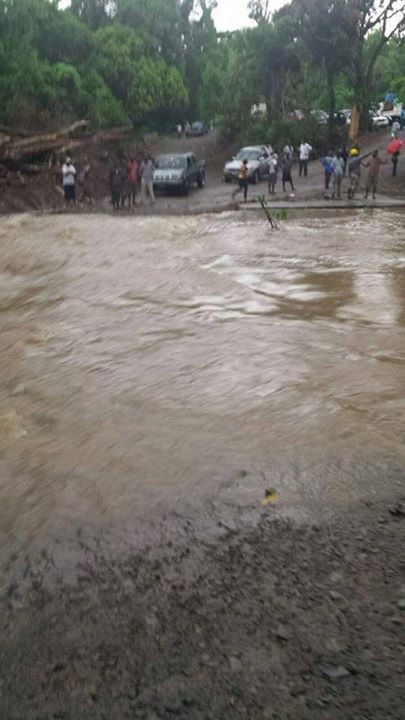 As the island of Dominica is still recovering from the island-wide damage caused by topical storm Erika back in August, the island once again saw more flooding on Friday September 11th from the remnants another tropical storm.

Tropical Storm Grace was a short-lived tropical cyclone in the eastern Atlantic that succumbed to a hostile environment in the tropical Atlantic basin that brought rains to Dominica.

Grace was first categorized as a tropical depression south of the Republic of Cabo Verde on September 5, and then became a tropical storm just six hours later.

Convection near Grace’s center slowly became less impressive over the next couple of days as the combination of wind shear and dry air took a toll on the system.

While there was more flooding, there was no more loss of life said a government official as more heavy rains pounded Dominica, which was associated with the remnants of Grace.

A flood warning had been issued before the bad weather came on Friday, amid concerns that with the land still saturated by Erika’s damages and government officials faired that any additional rainfall was likely to cause further flooding and landslides.

The remnants of Grace caused several roads to be underwater and some trees toppled during the downpours and there were also reports of residents stranded in some areas but, fortunately, no loss of life.

The rains came as Dominica continued the process of recovering from the widespread destruction caused by Tropical Storm Erika weeks ago which resulted in more than 30 deaths, destruction to infrastructure and nine communities being declared special disaster areas.

Disaster Coordinator Don Corriette warned residents in low-lying areas to evacuate as authorities assessed the damage on Saturday. He added that there were fallen trees and several roads blocked by rising waters. 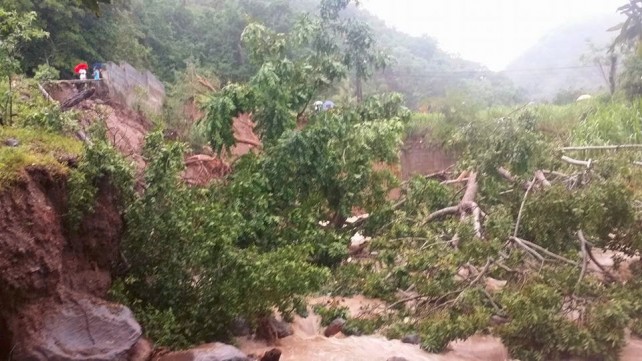 Grace was downgraded to a tropical depression on September 8, then 24 hours later, meteorologists at the National Hurricane Center could no longer find a closed circulation, and the last advisory on Grace was issued on September 9, as it was still 825 miles east of the Lesser Antilles.

Dominica is still struggling to recover from the pounding from Tropical Storm Erika where 371 homes were destroyed the island prime minister said in a national address after Erika damages.

The resilience of those affected by Tropical Storm Erika continues to impress those visiting the island as part of relief efforts.

PAHO official, Thais Dos Santos and Major Clemens Buter of the Royal Netherlands Marine Corps spoke with GIS News on Wednesday September 9th about their impressions of the spirit of Dominicans especially in the hardest hit areas.

Dos Dantos shared, “I think that when any disaster or emergency happens, you have the opportunity to see tremendous shows of courage and resilience and that’s what we’re seeing. There’s just a lot being done and a lot of people pulling together to help in the response.”

Buter added, “I was really amazed by the destruction- how heavy it is. The enormous rocks and trees carried by the rivers. The devastation is just unbelievable. On the other hand, what really struck me is the motivation of the local population. We spoke to people who have lost everything. I asked, ‘Why are you still smiling?’ and they say, ‘Well I’m still alive and I want to build a new future again.’ That made an impression on our guys as well.”

Address by the Hon. Roosevelt Skerrit, on the Anniversary of Diplomatic Relations with the People’s Republic of China

Address by the Honourable Roosevelt Skerrit, Prime Minister on the Occasion of the Seventh Anniversary of the Establishment of Diplomatic Relations with the People’s Republic…

Government invests in significant sums in critical areas of the economy