The beaches aren’t worth the effort to get here, but the landscape and rivers, as well as increasingly renowned scuba diving, are. Nature lovers who visit Dominica experience a wild, rugged Caribbean setting, as well as the rural life that has largely disappeared on the more developed islands. Dominica is, after all, one of the poorest and least developed islands in the Caribbean. There are no casinos and no megaresorts and hardly any road signs. It’s also one of the less expensive islands in the Caribbean, and probably the only one that Columbus would still recognize.
Hiking and mountain climbing are good reasons to visit Dominica; its flora is made unbelievably lush by frequent rainfall. Covered by a dense tropical rainforest that blankets its mountain slopes, including cloud-wreathed Morne Diablotin at 1,424m (4,671 ft.), it has vegetation unique in the West Indies. The mountainous island is 47km (29 miles) long and 26km (16 miles) wide, with a total land area of 751 sq. km (293 sq. miles), much of which has never been seen by explorers. Should you visit, you’ll find clear rivers, waterfalls, hot springs, and boiling lakes.

With a population of 71,000, Dominica lies in the eastern Caribbean, between Guadeloupe to the north and Martinique to the south. The Caribs, indigenous people of the Caribbean, whose numbers have dwindled to 3,000, live as a community on the northeast of the island and still practice the art of traditional basketry.

Clothing is casual, including light summer wear for most of the year. However, take along walking shoes for those trips into the mountains and a sweater for cooler evenings. Locals, who are rather conservative, do not allow bikinis and swimwear to be worn on the streets of the capital city, Roseau, or in the villages.

Be the first to comment on "Dominica Land & Its Beaches" 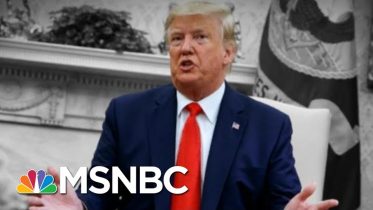 Commenting on deaths linked to vaping, Trump described his own son Barron in a confusing way. Brian Williams discusses with Jonathan Allen. » Subscribe…

The dangers of cheap lip fillers