ROSEAU, Dominica, CMC – Dominica says it has not changed its position regarding the decriminalisation of homosexuality despite efforts by the European Union to push for the measure at the United Nations.

The island’s ambassador to the United Nations, Vince Henderson, speaking on the state-owned DBS radio Monday, said that Europe has been pushing for human rights aid and development.

“It has been a while since they have been developing this concept which is called human rights based aid and development. Their argument is that they have to recognise the rights of persons with different dispositions, “he said, noting that sexual orientation is the main contentious issue for Caribbean governments.

He said the issue involves gay rights and the decriminalising homosexuality.

“That is what they (Europe) have been pushing, not only at the level at Europe but throughout the United Nations. They placed it on the agenda at the last (United Nations General Assembly) session and I am sure they will be reintroducing it in this session.

He said the issue would affect the region because ‘we are the recipient of aid from the European Union and therefore it is going to become an issue for us.”

He conceded that “deep prejudices” in some countries meant the problem would persist for years.

Cameron said he had raised the issue with leaders of some of the states involved during the Commonwealth heads of government meeting in Australia.

Britain was “putting the pressure on”, he said, adding “we are not just talking about it. We are also saying that British aid should have more strings attached.” 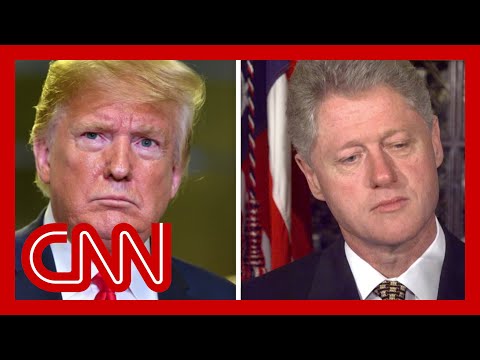 How the internet changes the impeachment debate

CNN's Brian Stelter takes a look back at past presidential impeachments to see what similarities exist with President Donald Trump's inquiry, and how the…

All but certain the House will impeach Trump | Anderson Cooper

Articles Of Impeachment Officially Delivered To The Senate | MSNBC

The people behind the Samaritans calls