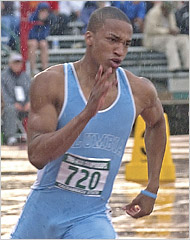 Erison Hurtault is in demand. A senior at Columbia University, he has a New York investment bank offering him a full-time job, the Commonwealth of Dominica trying to put a relay baton in his hand and several people trying to persuade him to do both.

At 22, he is the fastest 400-meter sprinter in Columbia history and an indoor track all-American. He has swept the event in each of the seven Ivy League championship meets of his career.

“I don’t think you can argue that anyone has been better in the Ivies in any four-year span,” Columbia Coach Willy Wood said.

With only a few meets left, including this weekend’s Penn Relays, and with life after college track ahead, Hurtault has the opportunity to take his running career as far as the 2008 Olympics in Beijing.

“There are a lot of options, but it’s really going to depend on how fast I run this year,” Hurtault said. “Running for Dominica would be fun. I’d be able to run at the world championships this year and the Olympics next year.”

Although he grew up in New Jersey, Hurtault qualified for citizenship in Dominica because of his parents. They would like to see him take running as far he can.

“I’ve always wanted to go to the Olympic Games,” Hurtault’s father, Arnold, said. “But I never thought I’d go as a parent.”

Until last March at the indoor nationals, Hurtault never thought he had a chance. But after a season of continually improving on his Columbia records, he was noticed by Jerome Romain, a former triple jumper now coaching at Brown. Romain was also among the first athletes to represent Dominica at the Olympics, in 1996.

Romain convinced Hurtault that he could easily earn a spot on the team, particularly because Dominica, an island nation in the Caribbean, has never fielded a 400-meter runner or a 4×400-meter relay team in the Olympics. Dominica’s national trainers wanted Hurtault to compete at last year’s Commonwealth Games in Melbourne, Australia, but the event overlapped the collegiate season.

“If he really wants to get the experience of the Pan-American Games, the world championships and obviously the ultimate reward of the Olympic Games, then, with the way he’s running right now, he’s a shoo-in,” Romain said in a telephone interview.

Dominica, unlike theUnited States, does not have trials for its Olympic team. So running the 400 meters in 45.6 seconds would be enough for Hurtault to compete for Dominica. All season, he has been getting faster. A time of 45.99 at the Miami Elite Invitational on April 14 was his latest personal best. (He has also set a personal record in the 800 this season and wants to do the same in the 200.)

“The way we set up his training schedule was so that he would be at his best in early June for N.C.A.A.’s,” Wood said. “So what’s been happening has been completely expected, and he should continue to improve.”

Whatever progress Hurtault makes is unlikely to match that of three seasons ago. When he arrived at Columbia, he was clocking 48.3 seconds in the 400. But late in his first season, his times plummeted, and by the summer’s end he had chopped off two seconds.

“I have no idea how I did it,” he said. “I didn’t think I’d make it to nationals, but my time dropped another half-second at regionals. Suddenly I had the third-fastest time of all freshmen in the country.”

Around the same time, Hurtault, an economics major, set himself on an investment-banking career track. After an internship in New York last summer, he was offered a full-time job upon graduation.

“I’m speaking to a lot of people there, but I’m trying to put that stuff off for as long as I can,” he said. “I don’t want to jump in and then have something big happen with running. So I think I’m going to take my time throughout the summer and see what happens.”

To make the decision more difficult, competing for Dominica would likely mean having to train and compete while working. To make it worthwhile, Hurtault said he needed to break the 45-second mark.

“If I run 45, then I’m in really good shape,” he said. “I could run in New York, and it would be easier financially. Running for Dominica is a good option to have open, but I don’t know exactly what I would do with it yet. Half a second in my time could make a big difference.”

His coach keeps telling him that he has his whole life to work on Wall Street, Hurtault said.

Be the first to comment on "Rollback ::: Columbia Sprinter Faces Olympic Choice" 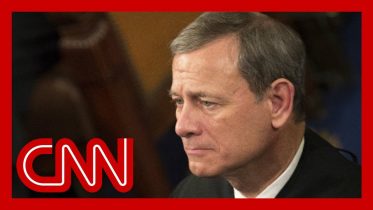 Is Chief Justice Roberts the new swing vote on the Supreme Court?