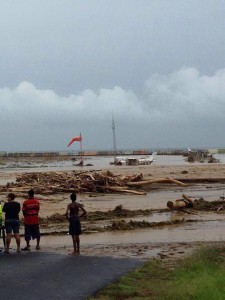 The Hon. Prime Minister Roosevelt Skerrit was pleased to make this announcement on Thursday, September 10th as he again updated the nation of the island’s progress since the passage of Tropical Storm Erika on August 27th.

Douglas-Charles suffered colossal damage during the passage of the storm which dumped over 10 inches of rain in just a few hours.

The Melville Hall River flooded its banks and caused severe damage to the terminal’s equipment, furniture and fixtures.

Prime Minister Skerrit says that his Government’s main objective was to get the Dominica Douglas-Charles airport operational in quick time.

The reopening of the Douglas-Charles Airport will improve the commercial movement of the country and help in the movement of relief materials to Dominica in a quicker manner than presently exist.

“The first phase was to clean up the runway and terminal in an effort to get the Eastern Caribbean Civil Aviation Authority approval for aircraft landing. So far we have gotten clearance for Seaborne, WINAIR and LIAT’s ATR-42 aircraft.”

Prime Minister Skerrit revealed that the Authority is satisfied that the requirements have been met for passenger flights to land. That includes the larger ATR-72 aircraft. 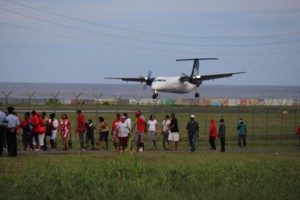 LIAT flights are expected to be back on schedule as of Monday September 21st.

CEO of LIAT, David Evans said, “I think it has been an absolutely unbelievable transformation and credit must go to the Prime Minister for rallying the people of Dominica in their hour of need particularly here at the airport, Mr. Bardouille and his team. I think they have done an absolutely remarkable job of getting the airport to a state where we at LIAT can start operating flights again. We’re hoping to do that as early as next week.”

The Prime Minister recognized the efforts of LIAT and the Eastern Caribbean Civil Aviation Authority to support Dominica.

Hon. Skerrit also lauded the work of the French who sent a large contingent of volunteers to Dominica to assist with the cleanup of the airport.

“I could say boldly that if it had not been for the assistance of the French Consul of Guadeloupe, we would not have been able to get clearance from ECCAA. They have been exceptional. As you know, we were constrained by the fact that we have limited heavy equipment in the country because every piece has been deployed to one site or the other. The type of equipment needed at the Dominica Douglas Charles Airport, we had limited capacity of. Even those which were available were cut off from the rest of the country,” he said.

Dominica also received assistance from Cuba and Grenada in that regard. 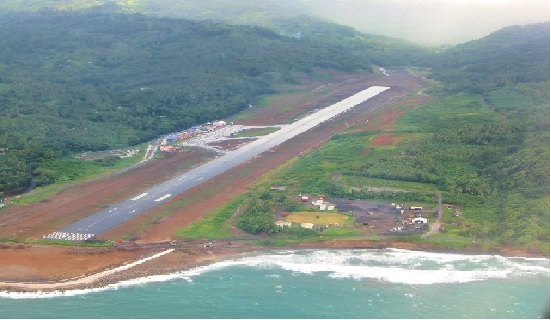 The nation’s leader says although the airport is now operational, there still remains a lot more to be done.

“Next step is for the reinstatement of the damaged infrastructure.”

He listed the taxi stand, drainage system, tarmac and parking areas as well as the airport furniture and communication equipment.

“We are hoping that by next Tuesday or Wednesday, I, as Minister for Finance, will be in a position to sign a contract for the restoration of the infrastructure.”

The Ministry of Public Works will first have to estimate the cost, he added.

He says the extraordinary efforts of the people of Dominica and all those who assisted made restoration of services at the airport possible.

“We are trying to see, with the Cubans, how we can restore electrical power to the building. That is in progress. The Venezuelans have given us tremendous assistance in terms of the river diversion. They are working with the French and Ghaddarkan to get the river turned back onto its course,” reported Benoit Bardouille, CEO of the Dominica Air and Sea Ports Authority.

Director-General of the Eastern Caribbean Civil Aviation Authority, Donald McPhail is impressed with the progress made at the Dominica Douglas-Charles Airport.

“We came in here for the first time on the Friday after the storm and based on what we saw then we didn’t think that we would have been able to achieve this much so I have to congratulate the Government and people of the Commonwealth of Dominica.”

Bit of history of the Dominica Douglas-Charles Airport

The newly renamed Dominica Douglas–Charles Airport is located on the northeast coast of Dominica in the northwest village of Marigot and is about one hour away from the second largest city on Dominica, Portsmouth. It is one of only two airports in the island, the other being Canefield Airport located about three miles northeast of Roseau, the Capital of Dominica.

The Melville Hall area was chosen as the site for Dominica’s main airport in 1944, for it was the only place on the island with extensive flat land. It was only after the completion of the Transinsular Road from Belles to Marigot, in 1958, that work on the airport began. The facility opened on 22 November 1961, and was first served by Dakotas from BWIA.

The government took the decision to rename the airport Dominica Douglas-Charles Airport in honor of two former prime ministers of the Dominica Labour Party who passed away. 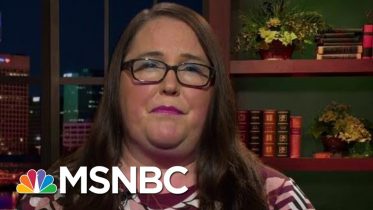 Will Trump Testify During His Own Senate Impeachment Trial? | The 11th Hour | MSNBC