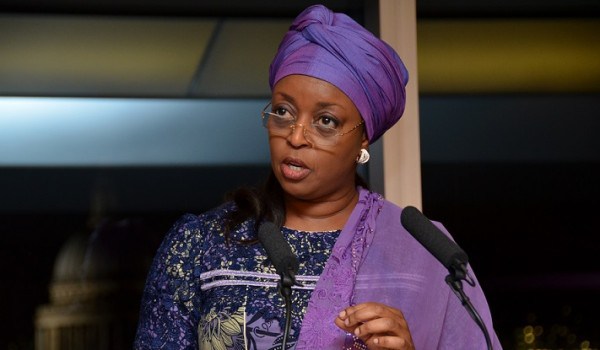 Diezani Alison-Madueke has Dominica citizenship is this true?

The embattled former oil minister, Diezani Alison-Madueke, was about to travel to the Commonwealth of Dominica, before cancer and her arrest in the British capital, London, ruined her plan.

Fresh investigations by Sahara Reporters show the ex-minister had reportedly acquired a diplomatic passport of the small island country with a total population of just 72,000.

The report claims investigators in the UK and Nigeria discovered that Diezani has secretly obtained the citizenship of the Commonwealth of Dominica. The passport, number DP0000445, valid from May 21, 2015, to May 20, 2020, has been issued.

The prime minister of Dominica, Roosevelt Skerrit, confirmed this fact in a letter dated May 29, 2015, addressed to one of the UK’s anti-corruption and civil society groups.

Alison-Madueke was also offered a post as the country’s trade and investment commissioner. However, no allowance has been offered for her: the former minister should have promoted trade and investments in Dominica on a free basis. In return, she would have received all the necessary assistance and protection from this country in accordance with the international law.

The development has sparked diplomatic concerns. An undisclosed source of Sahara Reporters said:

“I think the NCA – National Crime Agency – is suspecting that she acquired the citizenship of the Commonwealth of Dominica with the intent to relocate to this country. This has opened a fresh bend into our investigation.

“It is not impossible that she had planned to escape to Dominica ahead of the inauguration of the administration of President Muhammadu Buhari because her appointment ought to be effective from June 1, 2016, for an initial period of three years.

“She has been placed under stricter surveillance in the light of the latest development.

“While the diplomatic aspect is being handled by the appropriate quarters, I can tell you that the NCA is collaborating with many agencies to bring her to account for any allegation against her.

“The NCA is conducting extensive investigation into the oil deals during the tenure of Diezani, irrespective of her ongoing treatment for cancer.”

Earlier this week there were fears of Alison-Madueke’s demise. However, it was a false alarm and although the former minister has not fully recovered from chemotherapy yet, she is alive.

A UK group has alleged that the embattled ex-Minister for Petroleum in Nigeria, Diezani Alison-Madueke has been appointed a commissioner in Dominican Republic.

The revelation is coming just after the ex-Minister was alleged to have obtained a citizenship of the small Caribbean country with help from the Prime Minister, Roosevelt Skerrit.

It was further alleged that aside granting a citizenship with a valid passport that indicated she was born on December 6, 1960, Diezani has been appointed that country’s Trade and Investment Commissioner for the Republic.

The appointment was also alleged to have been followed by a letter signed by the Prime Minister.

However, the letter indicated that the appointment was without salary package, as she is expected to help in promoting and marketing Dominica as a trade and investment domicile. 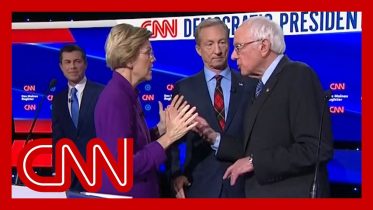 Watch tense exchange between Warren and Sanders after debate

Biden shares vulnerable story on how he overcame stuttering

‘Legal Mumbo Jumbo:’ Sen. Whitehouse On The Trump Defense | All In | MSNBC