Get ready to meet Doom Patrol.

DC Universe’s anticipated second original live-action series will premiere Feb. 15, 2019, EW has confirmed. The Doom Patrol superhero team, recently introduced in the fourth Titans episode of the same name, is a reimagining of one of the strangest groups of DC outcasts, characters originally created back in 1963. And while the series promises to offer more of what Titans fans have loved, it’s arriving with one big point of difference: It’s loaded with big stars.

Indeed, among those in starring roles are Matt Bomer as Larry Trainor/Negative Man, Brendan Fraser as Cliff Steele/Robotman, and Timothy Dalton as Dr. Niles Caulder/The Chief. Rounding out the main cast are April Bowlby as Elasti-Woman, Diane Guerrero as Crazy Jane, and Joivan Wade as Victor Stone/Cyborg.

Like Titans, the series will air exclusively on the DC Universe streaming platform. Beyond what the Titans episode “Doom Patrol” introduced, much remains a mystery about the series created by Jeremy Carver (Supernatural). But fortunately, DC Universe has released a clever teaser for the show with some winking character introductions.

Watch the teaser above, and check out official character images from the Doom Patrol below. 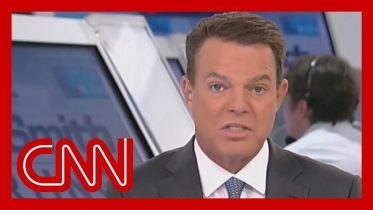 Shepard Smith, the chief Fox News anchor who was despised by President Trump, said on his Friday program that after more than two decades…

The Rule Of Law In The Era Of Trump With Kate Shaw | Why Is This Happening? – Ep 4 | MSNBC