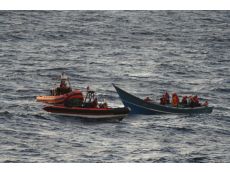 DOMINICA — A Coast Guard cutter Vigilant crew chased down a 40-foot boat near the island of Dominica and recovered two bales of cocaine worth $1.5 million.

The crew was patrolling the eastern Caribbean and followed up on a report of a northbound vessel moving toward Dominica on Sept. 28. During a two-hour chase that ended in international waters, Vigilant’s boarding team witnessed the suspect vessel’s crew throw two bales into the water. They were later recovered and tested positive for cocaine. Ten suspected cocaine traffickers were taken into custody and transferred to Venezuelan authorities.

Vigilant is a 210-foot cutter based in Port Canaveral. The cocaine was turned over to federal drug agents in Key West.

Be the first to comment on "Coast Guard makes $1.5 million drug bust in Caribbean" 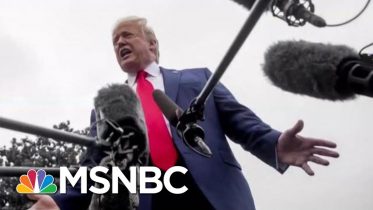 Fmr. U.S. Ambassador to Russia Michael McFaul speaks out on Trump and Ukraine saying, "The quid pro quo is as clear as day." Aired…

Efforts continue to promote Dominica as a film destination

Prosecutor Who Held Rudy Giuliani’s Job: His Downfall In Impeachment Scandal Is A ‘Greek Tragedy’