Kingston, Jamaica. March 17, 2009, (Panos) – Jamaica is looking to take better advantage of the Clean Development Mechanism of the 1997 Kyoto Protocol, with the formulation of a policy to guide projects for consideration by that facility.

Clifford Mahlung, one of the island’s senior climate negotiators and the recently elected vice-chairman of the executive board of the Clean Development Mechanism, said a draft of the policy should be complete by the end of next month. Once completed, Mahlung said the document would be sent to Cabinet for consideration.


“By March 2009, a draft should be out and ready to be taken to Cabinet to see if we can get approval,” he said.

As defined in Article 12 of the Kyoto Protocol, Clean Development Mechanism projects are geared at realising two objectives. They are addressing the development needs of the developing country where they are to be implemented; and generating emission credits that can be used to help satisfy the commitments of developed countries that are signatories to the 1997 agreement.
Under Kyoto, developed countries have committed to reducing, by some six per cent, their greenhouse gas emission levels to below those of 1990.
Meanwhile, a portion of the proceeds from the projects is used to cover administrative costs while two per cent of the credits go to the Adaptation Fund, from which developing countries are shortly expected to benefit.


Meanwhile, CDM projects and others designed to limit the fallout from climate change are deemed especially critical at this time.


Already Jamaica and other islands of the Caribbean have come face to face with the ills of a changing climate, including, in recent years, fiercer and more frequent hurricanes. There are also predictions that the island of Barbuda could sink within another 60 years, with a similar rate anticipated for other islands in the region.

The Caribbean is regarded as one of the regions that will be most affected by climate change.   Because the region contributes less than 0.1% to global greenhouse gas emissions, adapting to, and mitigating the effects of climate change have to be the primary focus of the response.  Rapid action by governments, private sector as well as the rest of society is urgent in light of a number of predicted changes
Other negative impacts of climate change include increased global temperatures and the risk of greater incidents of diseases such as dengue, as well as increased sea surface temperatures that could deplete fish stock and kill coral reefs.


At the same time, he said a public education project would be have to be undertaken to help inform people about the policy’s existence once it is completed and how they can best utilise it in their own best interest. ( 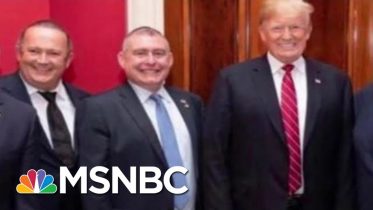