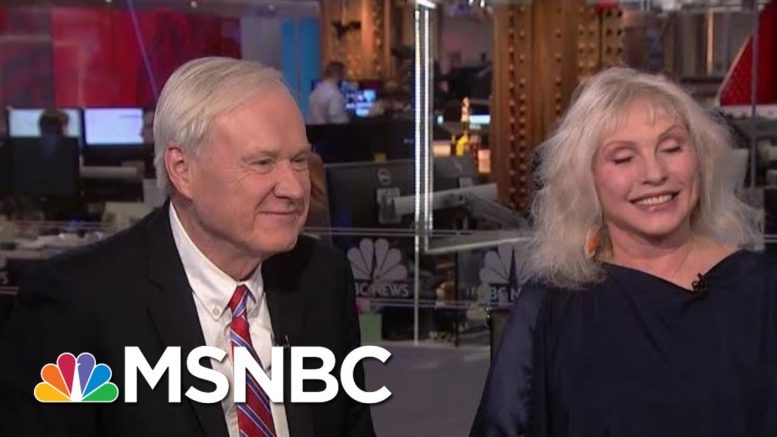 MSNBC’S The Beat welcomes two legends, “Hardball” host Chris Matthews and Rock & Roll Hall-of-Famer Debbie Harry of “Blondie,” for a special edition of Fallback. Matthews calls out politicians’ use and abuse of “half-truths,” including how the effort to establish common facts broke down during Pres. Trump’s Senate trial, while Harry discusses lessons from her trailblazing career and what defines “cool.” (This interview is from MSNBC’s “The Beat with Ari Melber, a news show covering politics, law and culture airing nightly at 6pm ET on MSNBC. ). Aired on 02/13/20.
» Subscribe to MSNBC:

Pete Buttigieg: We Need Someone From ‘Kinds Of Communities’ That Support Trump | MSNBC

The deadly new coronavirus has reached the US