AS A consequence of dramatic political developments in a few Caribbean Community states — particularly resulting from cases involving democratic governance and justice in Suriname and Antigua and Barbuda it seems appropriate for the Caricom Bureau to devote some urgent attention.

The bureau, which traditionally comprises whoever may be the current chairman of the Community, immediate past chairman and incoming new chairman, functions as a management committee between inter-sessional meetings and regular Heads of Government conferences.

Current chairman is the embattled Prime Minister of Jamaica, Bruce Golding. It is expected to closely monitor and report on events and developments of importance to the Community in general.

This past weekend, the opposition Antigua Labour Party of former prime minister Lester Bird was locked in a bitter verbal duel with the government of Prime Minister Baldwin Spencer over claimed unconstitutional manoeuvres to undermine democratic governance and an abuse of the office of Governor General Dame Louise Lake-Tack.

By Monday, the Suriname parliament had elected as the country’s new president, ex-military strongman, Desi Bouterse, whose personal freedom hangs on an outstanding court ruling for murder of 15 political opponents in the wake of a 1982 coup. A new hearing by the court is scheduled for July 24.

Earlier last week, the Prime Minister of St Lucia, Stephenson King, felt compelled to dismiss his Attorney General and Minister of Justice, Nicholas Frederick, amid swirling claims of corrupt practices in governance as emerged in a ruling last month by the Court of Appeal.

The judgment, in favour of a successful argument by Opposition Leader and former prime minister Kenny Anthony, relates to what’s popularly known in St Lucia as the “Tuxedo Villas affair”.

Speculations are on the rise of likely Cabinet changes based on a stinging comment by the Justices of Appeal against “outrageous behaviour in defiance of logic and accepted moral standards” by cabinet colleagues of Prime Minister King.

Across in Antigua and Barbuda, Prime Minister Spencer and two of his cabinet colleagues are anxiously awaiting the outcome of an imminent ruling by a panel of judges of the Eastern Caribbean Court of Appeal on the ruling delivered last March 31 by Justice Louise Blenman.

She declared their parliamentary seats vacant on the basis of irregularities as outlined in election petitions filed by the opposition ALP for the March 12, 2009 general election.

In the meantime, the country’s Electoral Commission is being emasculated ahead of arrangements for a possible trio of by-elections, or a snap general election, and against the complaints of the Commission’s chairman, Sir Gerald Watts.

Claims of a series of wrongdoings have been expressed in letters to Governor General Lake-Tack by Opposition Leader Bird with copies forwarded to Chief Justice of the Eastern Caribbean Court of Appeals Hugh Rawlins, as well as the Secretary General of Caricom, Edwin Carrington.

Some specific complaints have been provided against official efforts to dismantle the Electoral Commission, and even to scuttle an earlier initiative for a judicial review of the functions of the chairman and members of the commission.

These and more examples should be quite instructive for, a start, for both Secretary General Carrington and the Prime Minister of Belize Dean Barrow. The latter shoulders lead responsibility among Heads of Government for Governance and Justice.

Of course, there is also that quite sensitive and immediate issue for Caricom’s attention, the relationship between the Community and Suriname under the presidency of Bouterse, the 64-year-old former military ruler.

He carries with him the heavy burden of a 1999 conviction, in absentia, by a court in The  Netherlands — Suriname’s former colonial ruler — of cocaine smuggling. However, by virtue of Suriname’s policy against extraditing its citizens to any country, Bouterse remains free..

Still to be determined by a court this Friday are the charges he has had to face for the claimed murder of 15 political opponents in 1982 following a 1980 military coup. He has denied any culpability.

At last May 25 general election, Bouterse contested and emerged victorious as leader of the Mega Combination (MC), the party with the single largest majority — 23 of 51 parliamentary seats — to form a government and now get himself elected as Suriname’s new president.

Over then to Caricom on these perceived challenges involving justice and democratic governance that deserve some serious attention.

Be the first to comment on "Cases for Caricom attention" 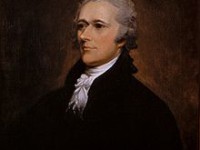 Chris Hayes: The Sheer Scope Of Trump’s Corruption Keeps Unfolding | All In | MSNBC

Why voters in this Maine county are ‘up in the air’