Thanks for asking CARPHA to participate in this panel and speak on the public health perspective on decrimimalization and legalization of marijuana. I guess I can summarise in one sentence:  “Proceed with an abundance of caution, given the significant adverse effects of cannabis smoking on health and social and occupational functioning, and especially so among youth.” Even the Dutch have been pulling back from some of their liberalised approaches with respect to Marijuana.

We already have two major legal substances of abuse, alcohol and tobacco, which cause a tremendous amount of harm. In the case of the latter, it is harmful when used as directed and in all its forms, hence the Framework Convention on Tobacco Control.

But first let’s define some terms: There are perhaps 3 general policy perspectives concerning the status of marijuana: prohibition, decriminalization, and legalization. Prohibition describes current US Federal policy and that of many countries toward marijuana use, which classifies marijuana as a Schedule 1 drug, with a high potential for abuse, and with strong legal sanctions and aggressive interdiction of supply routes. Some US States have taken a less restrictive approach. Decriminalization refers to the elimination, reduction, and/or non-enforcement of penalties for the sale, purchase, or possession of marijuana, although such activities remain illegal, and advertising would be banned.

Legalization, one step beyond decriminalization, would fundamentally change the status of marijuana in society and allow possession, sale and advertising. No country in the world has done the latter.

Overall, we can see that many different types of public health and scientific studies clearly demonstrate significant adverse effects of cannabis smoking on physical and mental health, as well as its interference with social and occupational functioning.

These negative data far outweigh a few documented benefits for a limited set of medical indications, for which safe and effective alternative treatments are readily available. If there is any medical role for cannabinoid drugs, it lies with chemically defined compounds, not with unprocessed cannabis plant. I’ll say more on this in a moment as CARPHA recently conducted a review at the request of CARICOM on the “Therapeutic uses of Cannabis.” But Legalization or medical use of smoked cannabis is likely to impose significant public health risks, including an increased risk of schizophrenia, psychosis, and other forms of substance use disorders.

As decriminalization is considered, I must draw attention to some of the significant neurologic, cognitive, behavioral, and physical consequences of short- and long-term marijuana use, which are well known. These include negative effects on short-term memory, concentration, attention span, motivation, and problem solving, which clearly interfere with learning; There are adverse effects on coordination, judgment, reaction time, and tracking ability, which contribute substantially to unintentional deaths and injuries among adolescents (especially those associated with motor vehicles); and there are negative health effects with repeated use similar to effects seen with smoking tobacco. Three recent studies11–13 demonstrate an association between marijuana use and the subsequent development of mental health problems.

People sometimes say that smoking marijuana is not addictive because withdrawal symptoms are not pronounced, but it’s interesting that a high percentage of regular users in a recent study also say that they would like to reduce or stop because  they realise its harming them but can’t, or that they feel guilty about the amount they are using. These are classical signs of addiction.

You know, with respect to substance abuse, it’s interesting how people seem to live in cycles, with one generation having to relearn the experiences of previous ones. Did you know, when King James of England, some 500 years ago realised the damage that tobacco caused, he deemed it a “nasty habit” and his initial inclination was to ban it outright. Then he was persuaded that it could be regulated, sold and taxed to raise additional revenues, which he did and smoking places were designated. Today, with hindsight, we realise the overall socio economic impact of tobacco is a negative one! There’s an old saying, “where’s there is smoke, there’s fire!”

Important perspectives on how changing the status of marijuana could affect use by adolescents can be gleaned from an examination of the US experience with drugs in the past. During the 19th century, Opium use was common, especially among middle-class white women.15 Use of morphine also was extensive, and heroin was marketed as a “sedative for coughs.” Cocaine, which routinely was added to patent medicines and beverages, also was legal; it was prized for its local anesthetic effect and its ability to counteract the effects of morphine. The national opiate addiction rate increased more than fivefold from 1840 to the 1890s, thereafter beginning a sustained decline, as the scope of the problem was realised.

If we focus on youth for a moment, the latest data on drug use among secondary school students in 12 Caribbean countries has recently been published by the Inter-American Observatory on Drugs (OID). The report, launched at the fourth biennial meeting of Caribbean Drug Observatories in Port of Spain (2011), offers a comprehensive, regional analysis of drug use in this group. The findings demonstrate that even though the countries have similar histories, the dimensions of drug use are quite unique to each country. While alcohol and marijuana are the main drugs of use, patterns still vary widely from country to country. Compared to other regions, however, the prevalence of marijuana use in the school population in the Caribbean is high, and in some countries, higher than that of tobacco use.

Legalization of marijuana could decrease adolescents’ perceptions of the risk of use and increase their exposure to this drug. Furthermore, data concerning adolescents’ use of the 2 drugs that are legal for adults (alcohol and tobacco) suggest strongly that legalization of marijuana would have a negative effect on youth. Alcohol and tobacco are the drugs most widely abused by adolescents, although their sale to adolescents is illegal. Research demonstrates that manufacturers of alcohol and tobacco systematically market their products to young people; if marijuana were legalized, restrictions on the sale and advertising of the substance to young people would prove daunting. Finally, two in-depth reviews of medical marijuana conclude that future research should focus on the medical use of cannabinoids, not smoked marijuana.

CARPHA recently did a review of the Therapeutic benefits of Cannabis by studying the systematic reviews of the subject. The use of Cannabis or its constituents as a medicine is a keenly debated issue. Based on numerous anecdotal reports and findings from clinical trials, those in favour assert its pain killing, anti-nausea, and antispasmodic and appetite stimulant properties. CARPHA’s extensive review of the literature found that clinical effectiveness was positively established for:

 Synthetic cannabinoids for the treatment of chemotherapy induced nausea and vomiting;

 Synthetic cannabinoids for treatment of acute and chronic pain;

 Synthetic cannabinoids and extracts from the cannabis sativa plant for treatment of spasticity in Multiple sclerosis patients.

I stress synthetic cannabinoids and not smoked marijuana, which actually delivers more tar to your lungs than tobacco.

There were negative findings; No clinical impact on treatment of the following diseases:  Dementia and  ALS/Motor neurone disease

And we found knowledge gaps on several fronts, where there needs to be more research:

Note that no evidence of the clinical effectiveness of smoked marijuana for treating any disease condition emerged from this review. This reasons for this are two-fold: i) the available systematic review studies did not evaluate smoked marijuana as one of the interventions and ii) when this route of administration was under consideration, due to study design issues, the available clinical trials did not meet the criteria for inclusion in our reviews.

Lack of available evidence, however, does not unequivocally mean lack of effect.

A few cannabis-based medications have been approved and registered for use in some countries. This includes Marinol® for use in the treatment of HIV/AIDS anorexia, Canasol® for treatment of intraocular pressure associated with late-stage glaucoma and Asmasol® for relief of asthma and allergy symptoms.

Two other comprehensive reviews evaluating the scientific basis for therapeutic use of MJ have been published recently, one conducted by the Institute of Medicine (IOM) and the other by the American Medical Association.29,30 Both reports acknowledge the lack of rigorous data to support the use of smoked marijuana as medicine while calling for additional research into the medical use of cannabinoids, especially those that could be delivered rapidly in a smoke-free manner. The IOM report noted that marijuana smoke delivers “harmful substances” as well as tetrahydrocannabinol to the body and that marijuana “plants cannot be expected to provide a precisely defined drug effect.” “For these reasons,” the IOM report concluded, “there is very little future in smoked marijuana as a medically approved medication. If there is any future in cannabinoid development, it lies with agents of more certain, not less certain, composition.”

Now, having said the all of the above, I can also see the negative societal effects being caused by jailing thousands of young people, especially young men, for using Marijuana, from which they get a criminal record, and can face longer term employment difficulties. But the health consequences are such that any decision to decriminalize possession would be a political one; we can only put forward the medical and public health evidence.

And from a public health point of view, I repeat what I said at the beginning, “Proceed with an abundance of caution, given the significant adverse effects of cannabis smoking on health, and social and occupational functioning, and especially so among youth.” 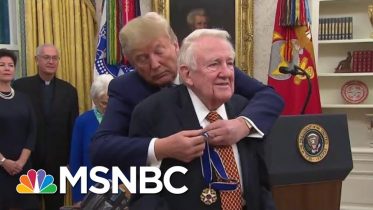 How Donald Trump won the US Presidential election