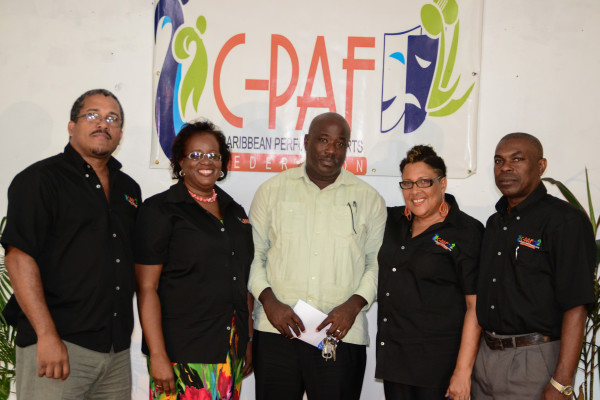 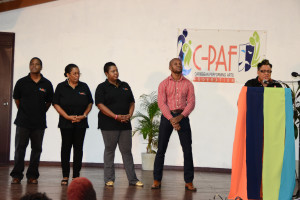 Castries, St. Lucia  – August 29th, 2014 – Caribbean Performing Arts Federation (C-PAF)Inc., which has been registered and incorporated in Dominica since 2012, officially launched at a  Media launch on Wednesday August 27th, 2014 at the Civil Service Association Centre in Sans Souci, Castries.

This was a historical day in Saint Lucia for this relatively new entity which embraces all aspects of the Performing Arts and its support systems.  This private sector Not for Profit organization with its Head Office in Dominica has representation throughout the Organization of Eastern Caribbean States.

The Directors on the Executive of C-PAF who were present for the Media Launch were the Chief Executive Director – Irvin C. Durand of Dominica; Operations & Programs Director – Sandra A. James of Grenada, Marketing Director – Samuel Browne of St. Vincent and Media & Communications Director – Jackie Cherebin-Weekes of St. Lucia.  Members of Saint Lucia’s Task Force were also in attendance.

Dr. Kentry Jn Pierre, Parliamentary Secretary in the Ministry of Tourism, Heritage and Creative Industries, with responsibility for the Creative Industries was the Key Note Speaker and officially launched the organization. Dr. Jn Pierre had very encouraging words to say regarding C-PAF and welcomed its timely launch.  It was well noted that his Ministry has embraced and endorsed C-PAF by placing a member of staff on the Task Force.

The Caribbean Performing Arts Federation (C-PAF) is a member driven organization which seeks to develop the Performing Arts as follows:
·    The mission of C-PAF is to foster and promote the performing arts primarily in the OECS sub-region and eventually on a global scale.

Be the first to comment on "Caribbean Performing Arts Federation (C-PAF) launched in St. Lucia on Wednesday August 27th, 2014." 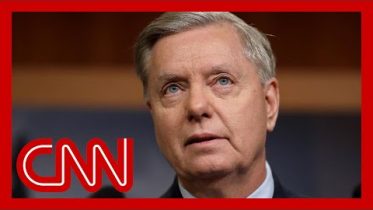 Lindsey Graham says he was briefed on Iran plot days ago

Sen. Lindsey Graham (R-SC) said he was briefed on the Iran plot days before the drone strike in Baghdad that killed Iranian commander Qasem…

Ministry of Health on Dominica receives $25,000 in Medication and Equipment from VOSH