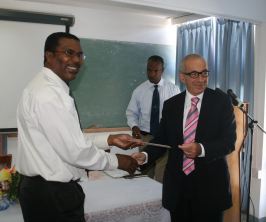 Roseau, Dominica – March 31, 2008………The Government of Canada, through the Canadian Fund for Local Initiatives, has made a financial contribution of $265,000 ECD towards the refurbishment of the Intensive Care Unit at the Princess Margaret Hospital.

This amount is part of Canada’s assistance to Dominica in support of post- Hurricane Dean recovery efforts. This new contribution brings the total support to Dominica for post-Hurricane Dean projects through the Canadian Fund for Local Initiatives (CFLI) to just over $900,000 ECD.

“The Government of Canada is happy to be associated with this activity, as refurbishing the ICU will ensure a critical health care facility is in place for Dominicans with expanded capacity and reduced vulnerability to future disasters,” High Commissioner Marshall stated.

His Excellency, David Marshall presented his Letter of Credence to Dominica’s President, His Excellency, Dr. Nicholas Liverpool on Wednesday, March 12, 2008 at the State House in Roseau.

Be the first to comment on "CANADIAN GOVERNMENT MAKES CONTRIBUTION OF $265,000 TOWARDS REFURBISHMENT OF INTENSIVE CARE UNIT" 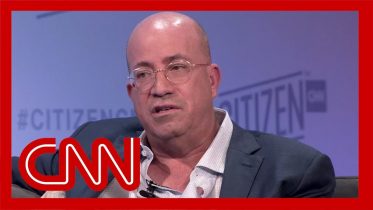 Chairman of WarnerMedia News and Sports, and President of CNN Jeff Zucker, sits down with CNN's Brian Stelter for a one-on-one interview at Citizen…

Roseau and Portsmouth Enhancement Projects to Begin This Financial Year