OTTAWA – The first version of Canada’s new electronic passport carries a hefty price tag — an ominous sign that the general version being issued late next year might cost triple or more what Canadians pay today.

Since January 2009 the federal government has issued 40,000 so-called ePassports to senior government officials and diplomats.

The secure document has a computer chip that stores key personal data, including an image of the bearer, that can be accessed with a scanner.

Passport Canada, which is required to run a break-even operation, has not yet announced what Canadians will pay for the more complex, high-tech document.

But an expense claim filed by Prime Minister Stephen Harper indicates the cost of the diplomatic version is far more than the $87 that adult Canadians pay now.

Harper purchased four diplomatic ePassports for himself, his wife and two children late last year, at $225 each, for a total bill of $900.

The cost was picked up by taxpayers through his department, the Privy Council Office, according to documents obtained by The Canadian Press under the Access to Information Act.

Diplomatic ePassports are valid for five years, just like the current standard versions, and are routinely issued to immediate family members as well if they reside with the senior official and sometimes travel with that person.

Like current diplomatic passports, they feature a distinctive red cover rather than the standard blue.

But the $225 cost does not include the standard $25 consular fee built into the price of general passports, because government officials are exempt from paying a share of the cost of providing embassy services to Canadians abroad.

Excluding the $25 consular fee, which Passport Canada does not retain but turns over to general revenues, the current general passport is priced at $62. That means the $225 diplomatic ePassport currently costs more than three times as much.

“No decisions have yet been made on the price of the new electronic passport,” said Beatrice Fenelon, a Passport Canada spokeswoman. “We are still in the process of consulting Canadians.”

Another agency official, Monique Boivin, said last week a new fee schedule will be published this fall for review by Parliament and Canadians.

The cash-strapped agency said that in 2009-2010, it lost an average of $3.14 for every passport issued because of production, distribution, security and staff costs. And it notes that over the last decade, the basic charge for a passport has increased only once, in 2004 by $2, to reflect higher shipping charges.

Passport Canada, like all federal departments and agencies, is required under the User Fees Act to consult Canadians on proposed price changes, and to justify any move to increase them.

The government has said it wants to introduce a 10-year ePassport, rather than the current five-year version, which could help to mitigate any price increase.

The agency conducted extensive consultations last year, including an online survey that attracted 7,000 responses. In a report, Passport Canada noted many Canadians are concerned about any price increase.

“Discussion also focused on the importance of ensuring the passport remains affordable,” says the document. “It was proposed that one option could be a progressive tax system, since the passport, like health care, is a common good.

“It was suggested that Passport Canada could receive part of its funding through legislative appropriations, given the emphasis on ensuring that the passport is a secure travel document.”

Many Canadians who were consulted said people who lose their passports should pay more to have them replaced. There was also a wide consensus that the lower fees for children’s passports should remain, even though it costs Passport Canada more than an adult passport to produce them.

An electronic passport has been under development in Canada since 2004, and was to have been launched by this year. Passport Canada attributes the delay partly to the rush of business after the United States began to require most Canadian visitors to produce a passport.

Canada is a global laggard, with about 100 countries having already adopted their own electronic versions.

The federal government routinely authorizes diplomatic passports for senior officials and politicians, including the prime minister, cabinet ministers, justices of the Supreme Court of Canada, the Opposition leader and the Speaker, as well as for their immediate family members. 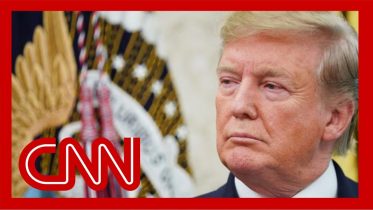 Trump in misleading Puerto Rico tweet: ‘Will it ever end?’

A CNN panel responds to a misleading tweet by President Trump as Tropical Storm Dorian closes in on Puerto Rico. #CNN #News

EC$3.05 MILLION SIGNED FOR REHABILITATION OF CHARLES AVENUE IN GOODWILL

The people behind the Samaritans calls