Roseau, Dominica – April 7, 2009………………The Government of Dominica has declared this Wednesday, April 8, 2009 as National Day of Prayer, on the fifth anniversary of the National Repentance and Dedication Day which was held on Thursday, April 8, 2004.

The highlight of the National Day of Prayer this year is a National Prayer Concert to take place at the Newtown Savannah starting at 6.30pm. The activity is being held under the theme: Positioning our Nation for Divine Transformation.

All religious denominations in Dominica have been invited to participate. Prayers will be offered for Economic Recovery & National Development; General Election 2010; National Unity; Prayers against Crime, Violence and Natural Disasters; the impact of current global financial crisis; Youth and Families and National Spiritual Revival.

The event will be attended by Prime Minister, Hon. Roosevelt Skerrit and other members of Cabinet. The Prime Minister will also deliver an address at the concert.

While Wednesday, April 8, 2009 will be National Day of Prayer in Dominica, it will not be a public holiday. It is hoped that all Dominicans will set aside a time in the day for quiet reflection and prayer and to participate in the National Prayer Concert.

The Dominica Association of Evangelical Churches is organizing the National Prayer Concert. 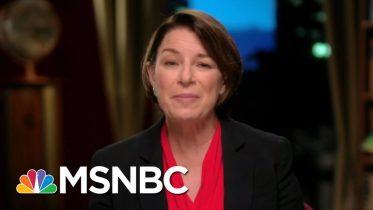 2020 Democratic candidate, Sen. Amy Klobuchar, discusses Thursday night's debate, what sets her apart from the other candidates and why she wants to be…