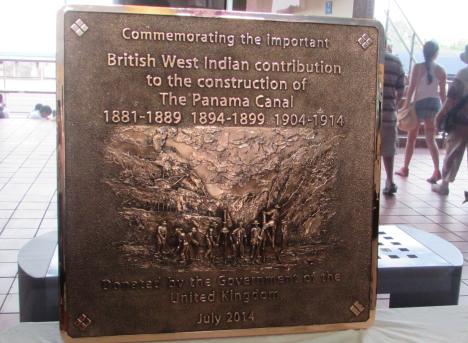 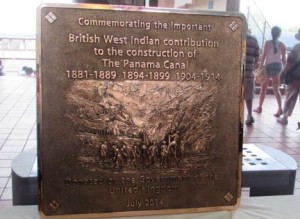 The vast majority of workers who made this project possible came from the West Indies, particularly from Barbados and Jamaica. Over 20,000 individuals travelled from Barbados to work on the canal, which is estimated to be a substantial percentage of the island’s population at that time, whilst Jamaican labourers had long been active in infrastructure projects on the isthmus.

Speaking at the unveiling last month, the minister said he was “enormously honoured to be unveiling today a new bronze plaque here at the Miraflores Locks that will memorialise the important contribution of the people of the British West Indies in the construction of the Canal. I hope this plaque will be seen by all the visitors to the Canal for the next 100 years.”

Following the presentation, the minister had the chance to meet members of the West Indian community in Panama; in some cases direct descendants of those whose labours had build the canal one hundred years ago.

The prime minister of Dominica says police have detained people for questioning in an attack that killed a man from Ireland and wounded a U.S….