St John’s, 7 March… Antigua and Barbuda’s Opposition Leader Lester Bird has rebuked the Office of the Prime Minister for describing persons who picketed outside the Chinese Embassy on Tuesday as “mercenaries and criminals”.

“Prime Minister Baldwin Spencer should consider apologizing to these citizens for the inappropriate statement made by his office”, Bird said.

“It is now a trademark of the UPP government to describe any disagreement with their policies as ‘unpatriotic’ and to ascribe distasteful names to persons who are brave enough to show their dissension in public.   The objective is clearly to stifle disagreement from any quarter”.

Turning to the matter of the China itself and its relations with Antigua and Barbuda, Bird reminded that “it was the Labour Party that established diplomatic relations with China 30 years ago and remained faithful to that relationship even in the days when China was not an economic giant”.

“The Labour Party continues to support constructive and mutually beneficial relations with the People’s Republic of China.  We warn that the government is trying to foment a hostile relationship between China and the Labour Party because it is trying to secure Chinese funding for the next general election.  Therefore, its objective is to paint the ALP as the enemy of China”.

Mr Bird said, “The protest outside the Chinese Embassy was not directed at the Chinese government, but, as I understand it, the protestors wanted Embassy officials to be aware that they were concerned about the quality and value of a power plant, bought by an unknown company, with funds that taxpayers will have to repay”.

The Opposition leader concluded that “all freedoms – freedom of the media, freedom to picket, freedom to speak-out, and freedom to disagree – are under severe assault by the present government.  But none of us must surrender our cherished right to freedom”. 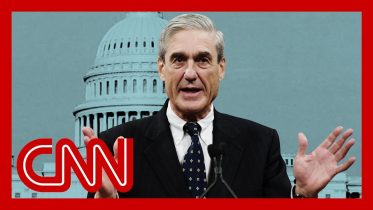 How lawmakers are preparing for Mueller’s testimony

#CNN #News Ahead of what is expected to be the most anticipated congressional hearing in decades, lawmakers from both sides of the aisle are…

Chris Hayes Podcast With Rian Thun | Why Is This Happening? – Ep 54 | MSNBC