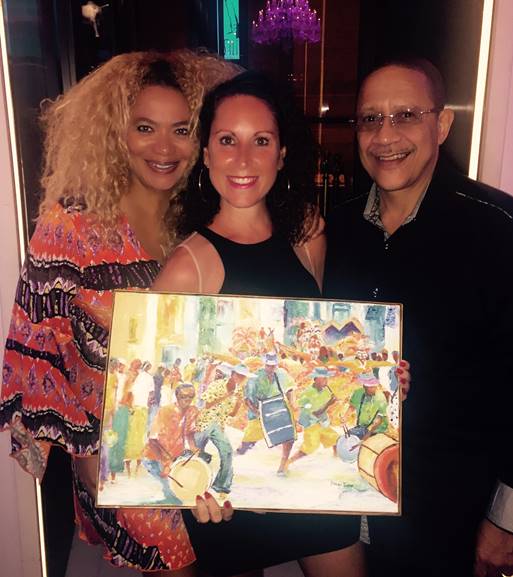 BARBADOS, Bridgetown. Sept. 23, 2016 – International media were recognized for their excellence in journalism at the recently concluded Barbados Tourism Media Awards.

From left: BTMI director for the US Petra Roach, award winner Baz Dreisinger

The awards, which were themed “Recognizing Excellence in Global Coverage of Destination Barbados,” were conceptualized by the Barbados Tourism Marketing Inc. in acknowledgement of the positive impact exceptional media coverage can have on would-be travelers. The ceremony, which also coincided with the Caribbean Tourism Organisation (CTO), State of the Industry Conference (SOTIC), was produced by the BTMI in recognition of the island’s 50th anniversary as an independent nation.

The Take a Bow award – Best of the Best by the Judges of all Submissions went to New Yorker Baz Dreisinger of Forbes in the US, whose article on the Crop Over Festival entitled “Carnival In Barbados: Rules For Doing It Like A Local and In Luxury,” also captured the award in the Golden Pen – Best Story in a Luxury Publication category.  Dreisinger was traveling on assignment but in sending her regards she described Barbados as a place that would always hold special memories for her.

Out of the 53 submitted entries from Canada, the USA, Europe and the UK, Canada copped the most top awards. Britney Hope who was present at the dinner won the category So You Know Your Stuff – Best Feature Article in a Trade Publication. Also present, Cara McLeay in Yup! You Told ‘Em! – Best Story by a Blogger copped this award with her piece “Barbados Diary.”

With a story entitled “5 Reasons To Have Your Wedding In Barbados”, Mara Sofferin took home the award in How Can This Knot Be Love?- Best Story on Romance; while Michael McCarthy hailing from The Province came out on top in #NoFilter – Best Photo in Conjunction With a Feature Article with his “Making Friends in Bridgetown Marketplace” article.

Editor and freelance journalist, Violaine Charest-Sigouin, from ELLE Quebec won the category Is That An Accent? – Best Feature by Foreign Journalist in Foreign Media with a well written piece dubbed “Elle Voyage Barbados” and Doug Wallace from La Carte was not present, however, after winning the Shaken Not Stirred – Epicurean Excellence Media Award category with his entry “Eating Your Way Around Barbados, One Food Stand At a Time” he mentioned in his acceptance video he remarked that “he can’t wait to eat his way around the island again.”

CEO of BTMI, Billy Griffith paid special thanks to all the journalists who took the time to write on Barbados and enter the first ever awards. He also noted, “these awards are the start of many to come and we encourage each of you to keep up the excellent work in the promotion of the Barbados brand.”

This elegant evening, packed with cocktails, a delectable Bajan-inspired four-course dinner by chef Kirk Kirton, and sweet musical symphonies, climaxed with veteran Barbadian journalist, Gercine Carter being conferred with the inaugural Heritage Award – Exceptional National Coverage by a Local Journalist. In reading the citation, Parliamentary Secretary in the Ministry of Tourism, Senator Irene Sandiford-Garner, recognized Carter’s 49-year career in journalism, much of which has been spent raising awareness for the tourism sector.  Carter, who was also the first public relations manager at the Hilton Barbados and has been writing a social column since 1987 for The Nation covering broad areas including her old love “tourism”.

The island of Barbados offers the most authentic Caribbean experience with its exceptionally rich culture and history rooted in remarkable landscapes.  Rated as one of the world’s sexiest beaches in 2008 by Concierge.com; Barbados’ Crane Beach in St. Philip stands as a premier destination for travelers.  Barbados is also the first Zagat-rated Caribbean island and is known as the culinary capital of the Caribbean. Barbados has hosted several world class events including: The annual Barbados Food & Wine and Rum Festival; the 2006 PGA World Golf Championships-Barbados World Cup, the ICC Cricket World Cup Finals in 2007, the Sentebale Charity Polo match with Prince Harry of Wales in 2010, and the ICC Twenty20 Cricket Finals for 2010, and the Rihanna LOUD concert in 2012. Accommodations range from picturesque plantation houses and villas, to quaint bed and breakfasts and award-winning, five-star resorts. Grantley Adams International Airport offers even more non-stop and direct service from a growing number of U.S., making Barbados the true gateway to the Eastern Caribbean.  Barbados was voted eighth in the World by Trip Advisor’s “2008 Travelers’ Choice Destination Awards” in its Top 100 Destinations category.  For more information on travel to Barbados, visit www.visitbarbados.org, follow on Facebook at http://www.facebook.com/VisitBarbados, via Twitter @Barbados.

Be the first to comment on "Barbados Honours International Travel Media" 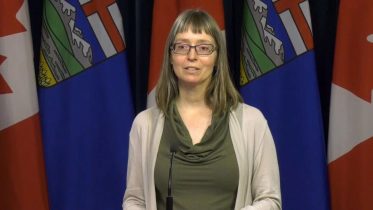 Alberta’s Dr. Deena Hinshaw announced that the province will be banning all large gatherings as a result of the COVID-19 pandemic. Subscribe to CTV…