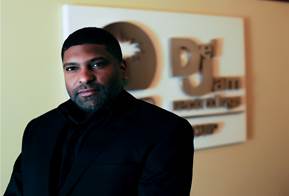 
“We are excited to welcome Mr. Gousse to St. Kitts. Over the past 25 years, he has spearheaded some of Hip-Hop and R&B’s biggest projects and discovered some amazing talent, including international stars who have performed at St. Kitts Music Festival previously,” said the Hon. Lindsay F.P. Grant, Minister of Tourism, International Trade, Industry & Commerce. “In the history of our Music Festival, this is the first year we will have so many local artists performing. Having Mr. Gousse scout the Festival and conduct workshops with local talent will be a great opportunity for our nationals to further their careers in the music industry.”

In addition to attending the Music Festival, Max Gousse will also participate in a workshop for local artists and conduct a second workshop specifically for the local artists performing in the festival, wherein he will also evaluate their respective performances.  The local acts scheduled to perform on Thursday night at the St. Kitts Music Festival include Shanna, Nicha B, KJah, KES the Band, Nu Vybes Band International and the Small Axe Band, while Dejour, Mod Stoney, I-Mark, Rodney and Crucial Bankie will be performing on Friday night.

A multifaceted businessman, Max Gousse has worked as the Sr. Vice President of A&R* for Sony’s Epic Records, Executive Vice President of Music World Entertainment, and Sr. Vice President of Universal Music Group’s Def Jam Record’s A&R division. During his run at Epic, Max discovered and developed the hottest R&B group of the millennium, B2K. While at Music World Entertainment, Gousse supervised all recordings and strategic partnerships for the company’s roster of A-list artists such as Beyonce, Kelly Rowland and Michelle Williams. At Def Jam, he worked with some of hip-hop’s most notable artists including Jay-Z, Kanye West, Rihanna and Rick Ross. Gousse is also responsible for Beyonce’s Grammy Award winning hit Single Ladies, and Grammy Award winning albums B-Day and I Am…Sasha Fierce.  (* In the music industry, A&R stands for Artist and Repertoire, and refers to the division of a record label that is responsible for scouting and artist development.)

Along with an impressive track record in the music industry, he has also produced #1 box office hit movies You Got Served, as well as the soundtracks for movies Barbershop and Cadillac Records. Gousse has over 100 million units sold, and his film and music projects have grossed over $500 million worldwide. He is also a consultant to several major labels and music publishers including BMG, Beyonce, Jamie Foxx, Tyrese, UMG, Razor and Tie, Ballup, and Reach Global. His most recent discoveries include YG (Def Jam), Ty Dolla $ign (Atlantic Records, DJ Mustard (Roc Nation) and Kieran Alleyne (Artistry/Virgin Records). 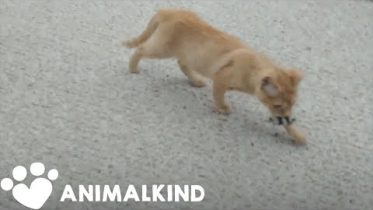 Animal investigator falls in love with kitten he rescued | Animalkind

As an animal cruelty investigator, Jay doesn't always get to see success stories. But this one was different. This one made all of his…

US AMBASSADOR DONATES FOUR VEHICLES TO THE POLICE FORCE

Cooper rips Trump’s daughter-in-law: I wouldn’t usually do this