Cabinet to meet Overseas Nationals at the State House on Wednesday

Roseau, Dominica – October 27, 2008………. Hundreds of Dominicans based abroad are expected at the State House in Roseau on Victoria Street, on Wednesday, October 29, 2008 from 9am   for a dialogue with the Cabinet led by Prime Minister,  Hon. Roosevelt Skerrit.

The Government has long recognised the importance of the Dominican community abroad to Dominica’s overall development. Since the year 2000, the Government has engaged overseas-based nationals by having meetings on a regular basis both in Dominica and in cities around the world with a significant presence of Dominicans.

In anticipation of the thousands of Dominicans returning home for the Reunion Independence celebrations, Cabinet expects a larger crowd than usual for this year’s dialogue.

There will also be an opportunity for returning Dominicans to make comments and suggestions as well ask questions of the Ministers of Government.  The activity is expected to come to an end at 1pm.

Meanwhile the Cabinet will travel to Vieille Case this afternoon for a dialogue with overseas based Dominicans, as part of the Children of Itassi Reunion activities. The activity will take place at the   Credit Union Centre starting at 5:00 p.m. 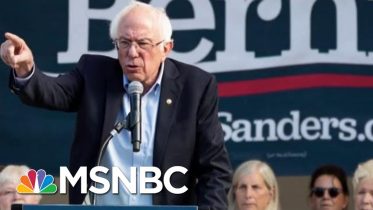 Sen. Bernie Sanders returned to his home in Burlington, Vermont, on Saturday as he recovers from a heart attack, and the Morning Joe panel…

Sen. Durbin: Senators have ‘gone too far’ by revealing vote