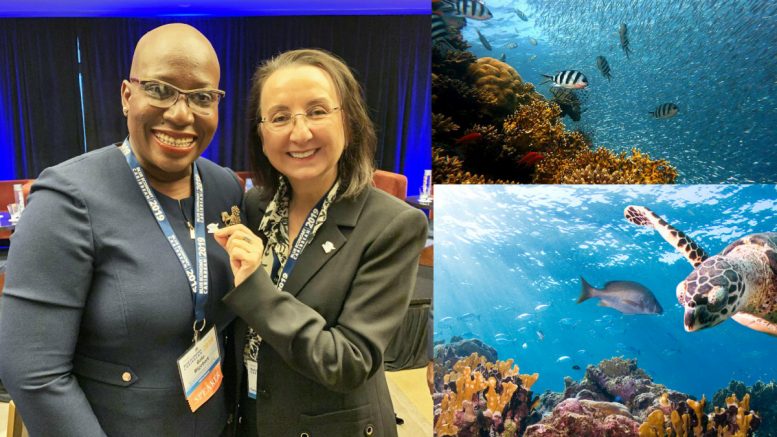 Troubetzkoy called on businesses located in or doing business with the Caribbean to support conservation efforts by collaborating with national conservation funds across the region.

The St. Lucia-based hotelier, executive director of the award-winning Jade Mountain and Anse Chastanet resorts, said that 2020 is an essential year for taking stock of the two primary goals of the CCI. The first, known as the “20 by 20”, challenged Caribbean destinations to effectively conserve 20 percent of the region’s coastal and marine habitat by 2020.

The second goal, the “Sustainable Finance Goal,” is aimed at ensuring ongoing progress in conservation in the region, through the establishment of financing mechanisms that provide reliable funding.

While much more commitment is needed to arrest the decline of coral reefs and to encourage more sustainable fishing practices in the Caribbean, she said there were some notable successes. She also pointed out, including the establishment of over 50 new Marine Protected Areas (MPAs), which raises the total protected marine area across the region from seven to 10 percent.

Additionally, she lauded the five Caribbean countries and territories which had already met or exceeded the 20 percent targets. The Dominican Republic leads at 75.54 percent, declaring 31 new marine and protected coastal areas totaling 3.2 million acres. The Bahamas added over 11 million acres to its protected areas system, and St. Kitts and Nevis declared a new marine managed area encompassing a two-mile radius around the entire island, creating 49.93 percent marine area protection for the twin-island state. Other countries and territories over the 20 percent mark are Haiti, Puerto Rico, and the United States Virgin Islands.

In aligning financing mechanisms, there was progress made in that area. Under the Sustainable Finance Goal, 10 Conservation Trust Funds have been set up, which could access funding from the Caribbean Biodiversity Fund (CBF), an umbrella fund focused on regional resource mobilization. With the assistance of the CBF, National Conservation Trust Funds have been established and supported in Antigua & Barbuda, The Bahamas, Dominican Republic, Grenada, Haiti, Jamaica, St. Kitts and Nevis, St. Lucia, and St. Vincent & the Grenadines.

Troubetzkoy wants to encourage more private sector support for the national conservation funds that would unlock matching donations from the CBF.

Significant activities planned for CCI and the CBF in 2020 include a conference scheduled for July when participating countries will assemble in The Bahamas to report on progress toward the “20 by 20” goal, and the establishment of sustainable financing mechanisms to support conservation and management activities in the protected areas.

Before the July sessions, she reported that “a CCI Secretariat roadshow will visit our member countries to engage stakeholders in the countries and to participate in engagements highlighting CCI activities in those destinations.”

About the Caribbean Challenge Initiative (CCI)
The Caribbean Challenge Initiative (CCI) is a coalition of governments, companies, and partners working together to accelerate action on the marine and coastal environment. Founded in 2008 by a group of Caribbean governments eager to enhance the conservation of their marine and coastal resources, CCI has since grown to include private sector membership and garner over US$75 million in funding commitments. CCI governments and territories signed a CCI Leaders Declaration in May 2013, committing them to effectively conserve 20 percent of their marine and coastal resources by 2020. CCI companies committed to changing business practices and supporting the conservation actions of the CCI Leaders Declaration by endorsing the CCI Corporate Compact. The Caribbean issues

The Board of Directors of the Barbados Tourism Authority appoints Ms. Petra Roach, Vice President of Marketing and Sales, UK as Interim President and CEO 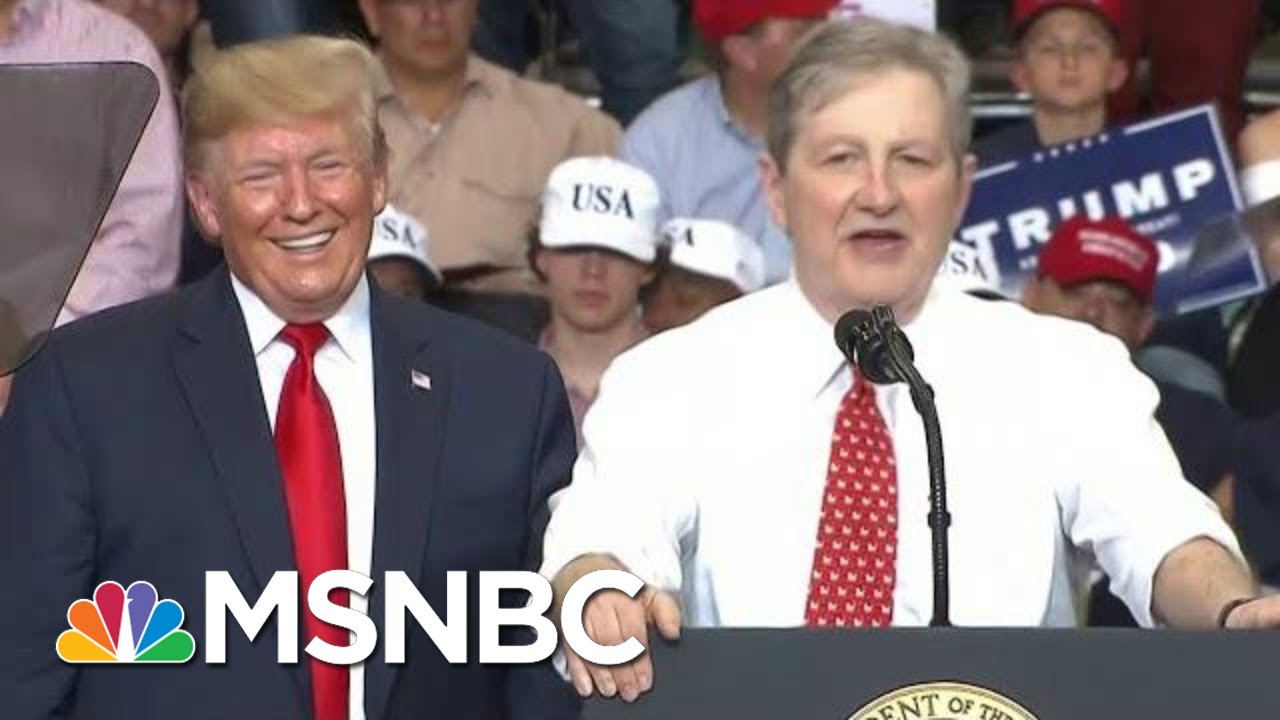 Sen. John Kennedy, R-La., on Wednesday had harsh words for Nancy Pelosi's efforts to impeach the president. While speaking at a Trump rally, Sen….

Joe: Trump’s ‘Being Made A Fool Of Every Day By The Leader Of North Korea’ | Morning Joe | MSNBC