A STATEMENT
By the
Hon. Lester B. Bird
Former Prime Minister of Antigua & Barbuda
& Former member of the West Indies Cricket Board

If there was any doubt about the incompetence of the West Indies cricket administration or hope of a resurrected West Indies the scheduling of the forthcoming Australian tour provides ample evidence of an organization that suffers from both incompetence and insensitivity. Three ODl’s are to be played in St. Vincent; three ODl’s are to be played in St. Lucia and a test match in Dominica. In other words over fifty percent of the matches would be played in a grouping whose population represents less than 8% of the cricket loving population of the English speaking Caribbean. If the argument is the cost then it is improbable to think that a third one day in St Lucia, or a third one day in St Vincent would be more profitable than a single one day in a more populated country such as Jamaica or even Antigua. Given the fact that Jamaica is so far in the north and it is costly for Jamaicans to travel to the other parts of the Caribbean I think that Jamaica should always be included in a touring cricket itinerary.

It does appear that true to the management style of the West Indies cricket board it is a decision to punish Jamaica for its decision to pick Gayle for national duty. This schedule is blatantly insensitive and irrational. I wish to touch on the point of the response of  Dr. Hilliare to the Prime Minister of Jamaica the Hon. Portia Simpson-Miller. In his response he indicated that she did not know the facts and even reference how she should deal with a Cabinet Minister was at variance with her administration. Let me say to Dr. Hilliare, your response was disrespectful. You and the Prime Minister of Jamaica are not of the same rank. If you wish to be involved in matters of this level you need some advice or training in diplomacy. We must maximize the power of cricket as an integrating force and use it to bind us as Caribbean people not divide us.

In respect of the Gayle matter it is time the WICB take the lead to come to an amicable solution to this outstanding matter. The problem began when the coach Otis Gibson ill-advisedly and unprofessionally castigated senior members of the West Indies team publicly. Had Gibson been a coach to an Australian team or English team or any other test team he would never have tried that or if he had he would have been fired summarily. It was an act that demonstrated his lack of understanding of the art of or skills of human relations. Naturally the senior players reacted, Shivnarine Chanderpaul threatened to take the WICB to court, Chris Gayle made is criticisms public and Sarwan own self confidence has been badly affected and probably permanently shattered. The root of the problem is obvious.

The WICB selected a player who by any reasonable standards is a journeyman as captain. It baffles my imagination how could a group of selectors select a player of mediocre calibre and expect him to lead by example and inspire our team to move up the ranks of world cricket and give him a two year contract to boot. A privilege never granted to any other captain, so one does not have to go to grammar school to understand the old boy’s club syndrome that now rules West Indies cricket. In fact Sammy informed us that captaincy is overrated. In other words Vivian Richards, Clive Lloyd, the great Frank Worrell did not accomplish anything of note as they were carrying out a task that is largely overrated. Sammy then targets 2015 for the West Indies team to be number five in the rankings.

If you are driven by such a low level of self-esteem that three places up the rank in four years is an acceptable target then the WICB also have a problem of proper planning and organization.  Our cricket is in a sad, very sad state. It is clear that this bunch of leaders cannot take our cricket anywhere. There is a saying that if you want the same result keep doing the same thing that you are accustomed to doing. We in the West Indies want a winning result and we want a winning formula not the management structure that represents failure.

Finally, I want to make a call for the reinstatement of Chris Gayle. As far as I am concerned he is more valuable to our cricket that Julien Hunte, Dr. Ernest Hilliare, Otis Gibson and Sammy singly and collectively. A team derives market value and draw crowds from two things, either the team is formidable and has a winning record or it has batting or bowling stars that draw crowds. Today we have neither. We need a new structure to propel West Indies cricket forward and we need it urgently.

I wish to make a few suggestions

(1) In respect of the allocation of games to the various countries of the Caribbean this should cover as many countries as possible. No country should host more than two matches. This policy ensures that as many people as possible are able to enjoy the electrifying effect of being able to see and enjoy the atmosphere of cricket.

(3) The West Indies should name a captain for each format of the game. It makes no sense to force a player into a format for which he is not suited
simply because he is the captain

(4) The WICB must find a formula to improve decision making and for establishing accountability. Without accountability it is difficult to monitor performance. It is strange that the WICB demands accountability of its players but they themselves remain unaccountable

(5) The post of President of the West Indies cricket should not be held for more than two terms, period.

Gibson should have been able as good coaches do renew and re-energize senior players as Sarwan, Chris Gayle, Chanderpaul and Bravo, deepen their commitment to the development of West Indies cricket and themselves. Instead he has alienated them and I am sure many others who for fear have failed to come forward. It is clear that these are not happy times and it is also clear that Gibson is not a good coach having failed the test to prove his ability to manage senior players who do have their own strong personalities he tries to convince us that the future of West Indies cricket lies with a bunch of inexperienced young players. The problem is his own personality and frankly speaking incompetence and unprofessionalism.

When a coach is chosen for an American Baseball team, the main skill required of the coach is to manage egos as Kobe Bryan, Lebron James, etc. and mould them into an effective team. Our coach has failed miserably in this.

Be the first to comment on "A Statement by the Hon. Lester Bird – THE FARCE WE CALL WEST INDIES CRICKET" 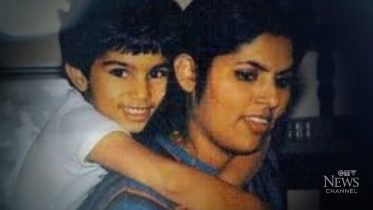 Jagmeet Singh lived in both Ont. And N.L. as a child, and was a lawyer before he became the first visible minority chosen to…

Cosmo Editor-In-Chief: Gender Is Not A ‘Deciding Factor’ In 2020 | The Beat With Ari Melber | MSNBC