As Antigua and Barbuda (A&B) awaits the Eastern Caribbean Court of Appeal to render its verdict on whether the United Progressive Party (UPP) government stays or goes back to the polls, the tension between political discretion and the spirit of democracy punctuates private dialogue and national anxiety.

Infused with blurred lines between friend and foe and shifting dark undercurrents, cafeteria politics is the mindset that devours what is served by political organizations without the need to examine sustainable value.

It endorses blind political partisanship, which divides us in so many areas of life as it infiltrates the core of our psyche in the form of break-or-make behaviors. Because it does not lead to social decency or collective hope, it represents the greatest threat to our freedom and development.

Both in its intimacy and in its prevalence, cafeteria politics looms larger than life. Even for those who think in terms of the greater national good, and those who care little about it, most conversations fall within its grip for supremacy.

This means that most people do not pay attention to which leadership vision is better for the country’s present crisis and preferred future. Since the dysfunctions of quality leadership cripple critical citizenry and distorted citizenry give rise to bad leadership, we can’t be reluctant to talk about these vital issues.

How do we right our titling political culture in order to set A&B in a direction of a more just and prosperous society?  Implicitly, I yearn to provoke thoughtful reflection on how a small society governed by cafeteria politics, contains deep-seated psychological implications for each of us.

The messages we receive from our political organizations go un-examined and unchallenged. These messages influence and shape how we interact with each other and think about national recovery issues. They also frame our capacity to develop an empowered sense of self and an experimental collective identity.  As a result, the inevitable is accepted, while the possible is rejected.

Ruthlessly urgent is the need to become personally and socially aware of the hidden cost of cafeteria politics. It forces us to abandon our communal responsibilities. Counter-intuitively, we fail to create healthy living environments for our children to flourish.

But too many see themselves as passionately objective, fully free of prejudice, and politically educated about the common good. Yet, they are typically unaware of how their own assumptions about nation building and the operations of democracy are shaped by cafeteria politics.  Benefits are conveyed in subtle and blatant ways precisely because we knowingly and unconsciously, deny its very existence.

The power to operate on a personal level is not merely a choice that those who are less conscientious make. Cafeteria politics has become an institutionalized system— invisibly burying anything and anyone who does not fit into its political agenda.

Once cafeteria politics is recognized and the silence is broken, its manifestations become explicitly obvious. For example, both the Antigua Labour Party (ALP) and the UPP governments have sent home journalists who bravely challenged the leadership. These journalists made legitimate inroads into political contradictions on behalf of the people. But supporters of both parties, justified their leaders’ actions and condemned opponents, depending on whether leaders were in government or in opposition.

The fact that this practice is unlawful and undemocratic remains irrelevant. Supporters condone leadership misbehaviors instead of agitating that leaders protect the law and defend journalists’ right to freedom of speech. One outcome is that many journalists are afraid of asking tough questions. The reality of political retaliation (against self and family) overcomes the real need for investigative journalism.

Journalists are wary of an apparatus that won’t enforce legal victories. So in Antigua and Barbuda, most journalists learn not to trouble the waters but to embed themselves with a preferred party, in the name of the people.

On the issue of politics, we argue over the lesser of two evils rather than thrive earnestly to identify the alternative good. We defend bad policies and cheer lackluster leadership as opposed to create systems of transparency that reward top-tier performers and validate empowerment leadership styles.

We go along with good speeches in the face of poor results. We dumb down the benefits of transitional leadership and leaders die in office or soon after they leave office. Political parties often have to rebuild from the ground up with wars and rumors of wars as they iron out who should be next in line to lead.

On matters of poverty, we are stuck in old ideologies that don’t work. We fail to see how neither the ALP nor the UPP have designed policies to solve the plight of the underclass. Surely both sides have wonderful insights to this problem, but both sides have left the nation with alarming poverty margins.

And this is not a case where poor people are lazy. The poor work hard. Yet current structures and policies leave them at the bottom of society.  Political parties have not yet envisioned an actionable, but just re-distribution of resources program. It would involve organizing communities around people’s talents and skills en-route to establishing, long-term revitalization initiatives.

With the likelihood of the upcoming by-elections, the alarming observation that PM Baldwin Spencer is wise enough to stay clear of the dangers of general elections does not square with an honest assessment of his leadership credentials.

Given his track record, the PM’s talents are more compatible with the perception of a good person than with the reality of an effective leader. Unless there is a radical shift in thinking, Spencer’s leadership style cannot meet current needs. He is unlikely to help the nation successfully navigate severe challenges that are ahead.

On the issue of the government’s performance, cafeteria politics ignores the fact that all government inherits. There’s an obsession with the shortcomings of previous administrations, rather than with a commitment to outperform opponents.

Although it is true that political amnesia isn’t a tool to justify past and current failures, the realization that inspirational leadership finds strategic pathways to turn historical challenges into present opportunities is lost. Instead, the focus is on what the opposition did poorly, rather than on how the government should be implementing articulated goals.

It is not clear when changing political conditions will eventually bring the ALP to its senses.  Some members firmly, but falsely believe that the people’s dissatisfaction with the state of the economy automatically translates into uncritical support. In this regard, cafeteria politics concentrates on highlighting governmental failures than on persuading the people that the opposition has better programs.

The tendency to cover the party’s wrinkles with the pearls of becoming the next government breathes negative special effects.  There is perceived ambivalence over staying in opposition for the next 4 years, or doing the hard strategic work to bring the three constituencies in question to support the ALP. If the ALP’s national resources are rallied, after the government announces the by-elections date, the party is likely to fail.

Unsettled are invisible concerns that the former prime minister, Lester Bird’s influence may be insufficient to seal the party’s electoral victory.  Strategically, the ALP should be positioning itself to govern better and differently. But the party has not yet convincingly communicated, what’s in it for the people— individually and collectively.

The failure of cafeteria politics to inspire national growth is that it is purposely, indeed fundamentally, dishonest.  Combating it involves morally re-educating ourselves.

We need to think big—and to think systematically.  But we will have to form new relationships and new strategies that reconcile self-interests with differences over the common good. Our awakening must be characterized by a passionate concern with nation-building ideals.

As we develop a model of collective thought and action consistent with values of human flowering, an all-embracing ethic that safeguards human dignity, that preserves our ecology and that conveys to our children that morality is of higher value than political expediency must be affirmed.

An awakening founded on national and regional virtues require that we replace cafeteria politics with a new social and political culture. Let’s begin to care about what happens to and in A&B. Perhaps we are at the crossroads of deciphering the great moral issues facing the nation.

Even as we are anticipating by-elections, A&B faces a daunting task. We must cultivate the knowledge needed to promote inclusion, fairness and accountability. We must embrace compassion, mutually beneficial local and Diasporic partnerships and imagination. We must place high social value on prosperity for all constituencies. This we must champion, in service of productive civic life.

Dr. Isaac Newton is an International Leadership and Change Management Consultant and Political Adviser. He specializes in Government and Business Relations and Sustainable Development Projects. Dr. Newton works extensively in West Africa, the Caribbean and Latin America and is a graduate of Oakwood College, Harvard, Princeton and Columbia. He has published several books on personal development and written many articles on economics, education, leadership, political, social, and faith based issues.

Be the first to comment on "A DAUNTING TASK" 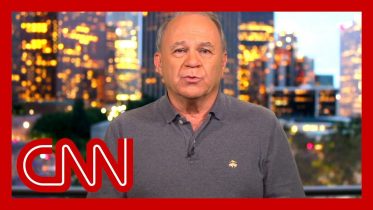 In an interview with CNN's Alisyn Camerota, dive boat owner Ken Kurtis, who was familiar with the boat in the deadly California fire, said…