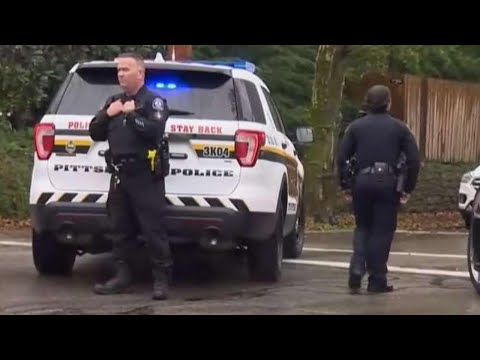 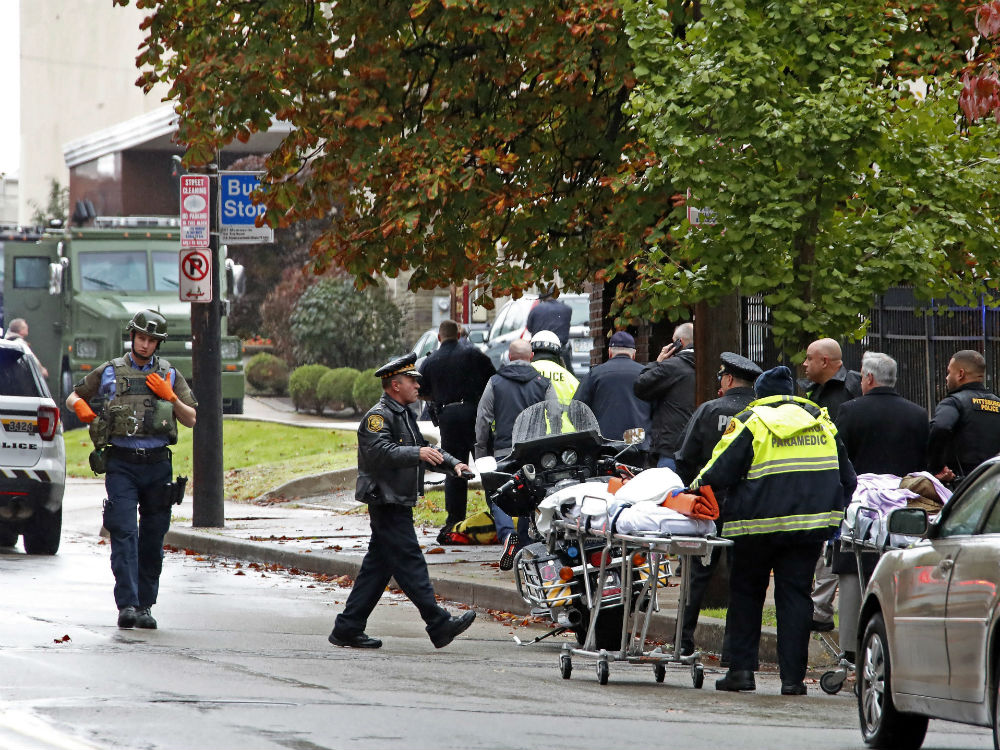 A gunman killed 11 people at a Pittsburgh synagogue during Saturday-morning services in what the Anti-Defamation League called “likely the deadliest attack on the Jewish community in the history of the United States.”

Robert Bowers 46, wielding an arsenal that included a semi-automatic rifle and handguns, yelled “All Jews must die” during the attack.

The shooting happened at the Tree of Life Congregation in a leafy suburb of Pittsburgh, in the heart of its Jewish community.

Law enforcement officials said Robert Bowers has a history of making anti-Semitic statements online — surrendered to police after a gun battle and is expected to face hate crime charges.

The hour-long incident left 11 dead at Tree of Life Congregation, according to Lynette Lederman, executive assistant to city council member Corey O’Connor. Lederman, who is also a former president of Tree of Life and a senior member of the Jewish community, said six others were shot — including four police officers.

“It’s a very horrific crime scene,” Pittsburgh Public Safety Director Wendell Hissrich told reporters in the afternoon after Bowers had been apprehended. “One of the worst that I’ve seen. And I’ve been on some plane crashes.” 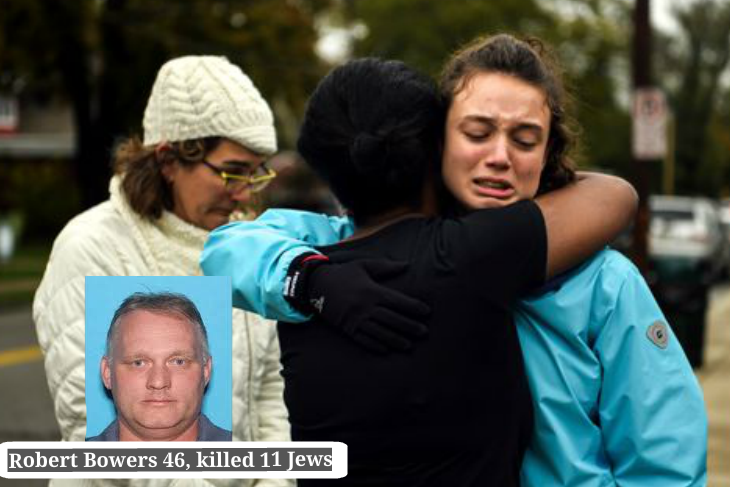 The suspect interrupted a baby-naming service at about 10 a.m, Pennsylvania’s attorney general told the Associated Press. Witnesses said to police he burst in shouting anti-Semitic slurs and began firing.

Stephen Weiss recalled hearing gunshots and fleeing the building through the sanctuary. “We had services going on in the chapel when we heard a loud noise in the lobby area,” he told the Tribune-Review.

About 100 people we in the synagogue at the time. It was not known if the baby being circumcised, during a ceremony known as a bris, was harmed.

Bowers had left a trail of vile white supremacist comments and anti-Semitic abuse on social media, including sharing posts denying the Holocaust.

An hour before the attack he wrote on the Gab social media forum that Jewish “invaders” were “killing our people.”

He wrote: “I can’t sit by and watch my people get slaughtered. Screw your optics; I’m going in.”

As officials try to put together a picture of the alleged synagogue shooter, one focus of the investigation is his social media postings, the FBI said. Here’s what we know so far about the suspect Robert Bowers, 46:

He allegedly made anti-Semitic statements after his arrest
The shooter made anti-Jewish comments during the incident, a law enforcement official told CNN. The shooting took place on the same day as Saturday Shabbat services. At the time of the shooting, three different congregations were holding services at the Tree of Life facility.
He was in the synagogue for about 20 minutes
At a Saturday evening news conference, officials said the suspect was in the synagogue for about 20 minutes. After the attack and as he was leaving the building, he encountered a law enforcement officer and the two exchanged gunfire. The suspect then went back inside the synagogue to hide from SWAT officers. Bowers was in fair condition Saturday evening with multiple gunshot wounds, officials said. It’s believed he was shot by police.
He was not known to law enforcement before the shooting
“At this point, we have no knowledge that Bowers was known to law enforcement before today,” Bob Jones, FBI Pittsburgh Special Agent in Charge, said. Jones said that while Bowers’ motive is unknown, officials believed he acted alone.
He has an active license to carry a firearm
Bower has an active license and has made at least six known firearm purchases since 1996, a law enforcement official familiar with the investigation said. On September 29, Bowers posted photos of his handgun collection on his Gab.com account, which included multiple clips and sights. A rifle and three handguns were found on the scene of the attack, the FBI said.
11 dead in shooting at Pittsburgh synagogue police expected to charge shooter with a hate crime.
SHARE TWEET PIN SHARE

Sen. Warren On Impeachment: ‘I Hope We Hold Him Accountable’ | The Last Word | MSNBC 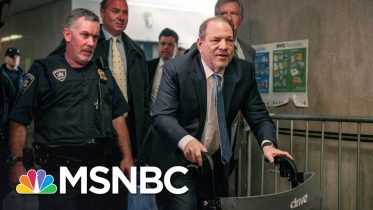 A ‘Legal Reckoning’ For Harvey Weinstein – Day That Was | MSNBC

Harvey Weinstein, the once-powerful Hollywood mogul, was found guilty of rape in the third degree Monday but acquitted on the two most serious criminal…

2 American Cities. 13 Hours. This Is A Country In Crisis. | Deadline | MSNBC